The Explorer of the Ethereal Planes

Today, I am extremely delighted to announce that during the first eight months of its existence, Nicollage has reached 500+ followers!

With my latest piece titled The Explorer of the Ethereal Planes, I would like to express my sincere gratitude to everyone who has supported my efforts so far, and recognized my artworks as a labor of passion.

It is no secret that collage-making of mine started as a joke of sorts, but gradually that practice transformed into a zealous obsession which still grows, day by day. Striving for the purity of the ineffable or rather, for the transcendent, I am guided by irrational forces and intuition, myths, dreams and mystery, in order to build an endless labyrinth in which even I can get lost. Unable to afford travelling around the world, I am compelled to embark on frequent journeys to the farthest reaches of the inner universe, and bring a tiny piece of my anima every time I emerge back to the surface. If some of you can see a reflection of yourself in any of these ‘souvenirs’, or at least hear the echo of their whispers, my mission is not futile...

Finally, I would like to send very special thanks to...

... Voyka Milovanovic, Sara Meli Melo, Blanka Konárková and Rouzbeh Rashidi for the recommendations of my page;

... Martin Del Carpio, Péter Lichter and Petr Makaj for involving me in their personal, music and/or film projects via the poster orders;

... Njoroge Kelvin for the Minus Zodiac adventure;

... Rouzbeh Rashidi and Maximilan Le Cain for purchasing The Grain of Ultimate Silence, and Cheryl and Kent Tate for purchasing Instructional Manual for the Superstitious;

... and of course, all of my friends, including fellow collagists, and many kind strangers whose positive reactions, comments and shares give me a much needed boost to move on, despite the prosaic difficulties! 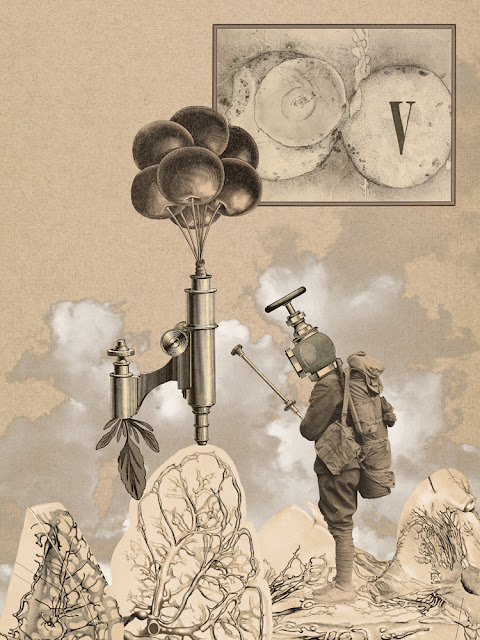