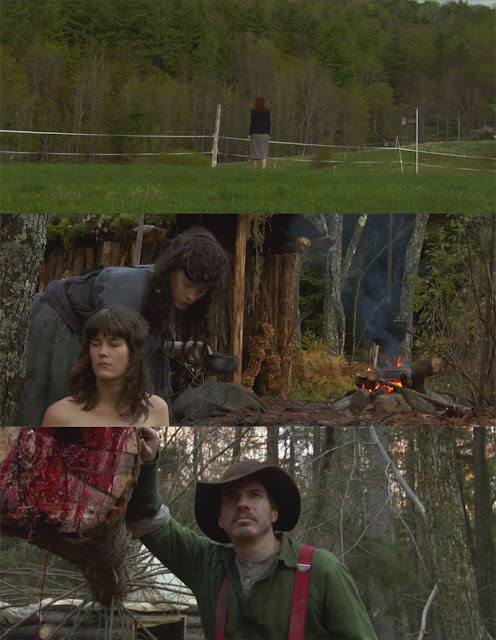 An integral part of a conceptual multimedia project (album + film + comic) conceived by the Canadian musician Melissa Auf der Maur (ex member of The Smashing Pumpkins and Hole) and her filmmaker husband Tony Stone, Out of Our Minds pretty much justifies its title by providing the viewer with a bewildering, dialogue-free phantasmagoria (or rather, strange ecological parable?) in which the Vikings, bleeding trees and a car crash get mystically entwined, transcending the time barriers. Drenched in a dark, ambient rock score growing progressively heavier and venturing into a psychedelic territory, the meticulously composed widescreen imagery pulls us deeper into a bleak, grungy, Twin Peaks-esque dreamworld of an enigmatic protagonist - most probably, Ms Auf der Maur's alter ego - whose near-death / past-life experience opens the portal to a new, spiritual dimension of many secrets.