Frequently veiled in simultaneously fiery, sultry and ethereal reds (which get well along with a tragic hero's first name), a sophomore feature by Panos Cosmatos (of Beyond the Black Rainbow fame) is a striking amalgam of deliberately paced occult horror, profoundly irreverent pulp fantasy and blood-soaked revenge flick which provides the viewer with the stylish, hallucinatory visuals, doomy, densely atmospheric soundscapes, myriad of 80s references (from Altered States to Heavy Metal to Hellraiser), as well as with wry humor and deliriously unhinged performances (especially by Nicolas Cage and Linus Roache as the film's yang and yin, respectively), all neatly interwoven into an unorthodox narrative of star-crossed lovers, religious delusions and 'serious' cosmic disruptions. 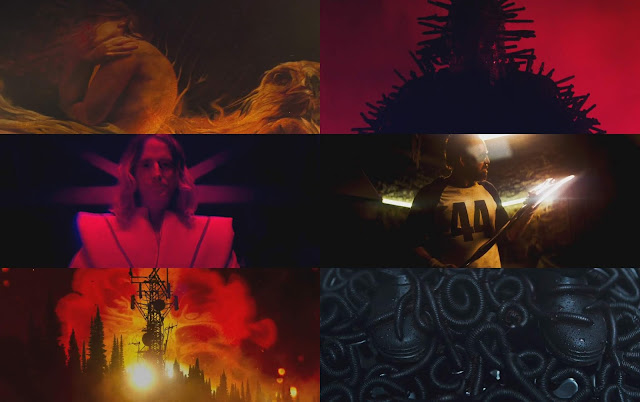