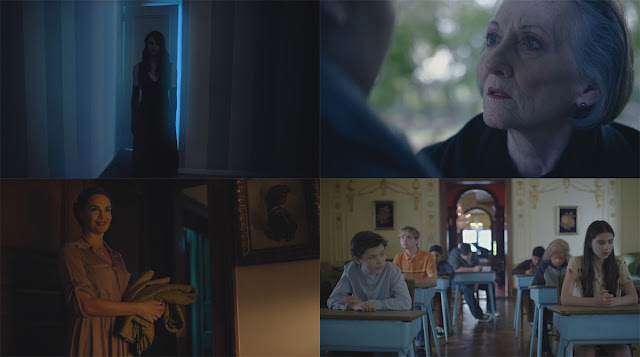 Jacob is almost 13 which is 'called 12', his night terror involves a young woman with bloody teeth and his mother's nervousness caused by the poor boy's regular wake up scream suppresses her maternal instincts. 'You go to sleep, or I will kill you!' hardly qualifies as comforting words, but thankfully there's a rather composed step-father to keep the family as functional as possible. However, when he catches Jacob dressed in his recently deceased grandmother's gown and opera gloves, dancing to gramophone-played tango, he decides it is time for some serious re-education, so he enrolls his stepson to a mysterious boarding school.

The institution is led by even less staff than the one from Lucile Hadžihalilović's extraordinary debut Innocence (which might have served Yakin as one of the sources of inspiration), with Dr. Sherman (Will Patton, utterly creepy from the initial appearance) as principle and sole teacher, and his much younger Mrs (Tammy Blanchard whose wide smile warns us that something is weirdly off) preparing meals and correcting the children's grammar. The 'unique young people' brought there are also small in numbers - Frederic suffers Tourette syndrome, Elwood likes to snort his scrambled eggs (!), Phil (played by a girl) is a horribly disfigured burn victim, Indian twins are abandoned by their white adoptive parents, and Christine is a bratty nymphet with highly masochistic tendencies.

And not to mention that the building is situated deep in a forest and surrounded by electric wire, with no cell phones and internet available in case of emergency, considering that the time period falls in the early 90s. In spite of the lavishly decorated interiors that pay a loving homage to the Italian master of horror Mario Bava (whose Black Sabbath is shown on late night TV at one point), the claustrophobic compound controlled by a religious disciplinarian zealot is the last place you would want to spend your days, even if only for two weeks of 'striving for clarity'. Observed through the eyes of the deeply traumatized, emotionally distressed and sexually confused, yet somehow unwavering Jacob (Luke Prael, in a 'hypnotized' performance corresponding with the film's hard-to-describe tone), that transitional microcosm, so to speak, as well as both the childhood and the adulthood are akin to hell by way of the grimmest of Grimm fairy tales. The hellishness of our little hero's surroundings is portended in the opening credits showing cityscapes bathed in fiery reds and the coldest of blues.

His coming out and of (psychotic?) age story - not always as layered as it wants to be, but still captivating and somewhat reminiscent of Till Kleinert's Der Samurai (must be the dress and flames) - is told from his own perspective and further puzzled by the element of Jewish heritage and Yakin's insistence on leaving some questions unanswered. Deliberately paced, laced with metaphors and sprinkled with twisted, unexpected humor (including Dr. Sherman's cartoonish accent), the unconventional narrative is closer to irrationality than reality which makes Jacob's nightmare utterly unpredictable, with the best twists saved for the bloody climax. The film itself has more in common with the European arthouse than the American horror, and its creator doesn't shy away from the B-movie / exploitative qualities in increasing its entertainment value and simultaneously, its discomforting atmosphere. A peculiar beast indeed, Boarding School is also commendable for its beautiful cinematography by Mike Simpson and subtle, unobtrusive score by Lesley Barber. 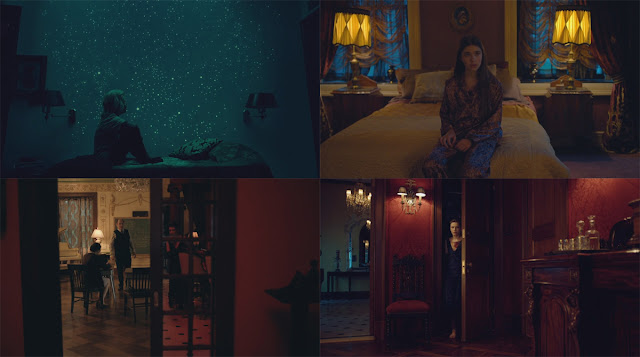