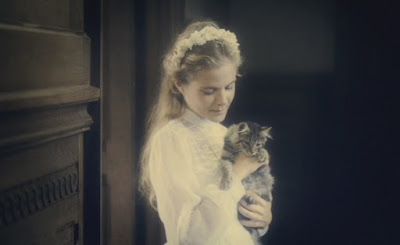 A prince smoking while still being charming and jamming his heart out on his set of drums is probably the last thing you would expect to see at the beginning of a famous fairy tale adaptation. But, that is exactly what Adolfo Arrieta - the pioneer of independent film in Spain - wants you to see, snatching your attention right from the start.

The royal beau is played by Niels Schneider whom you might remember from You and the Night (Les rencontres d'après minuit) or Polina - the dance choreographer Angelin Preljoçaj's directorial debut. With his curly hair and chiseled, 'Greek statue meets Schiele-like illustration' face, he seems like a perfect choice for the role of a prince living at the tail end of the 20th century. His name is Egon and his country Litonia is fictitious, just like the kingdom of Kentz where princess Rosemunde (an ethereal portrayal by the lovely jewel designer Tatiana Verstraeten in her first film appearance) fell asleep in 1900, on her 15th birthday... at least according to the Litonian legend. 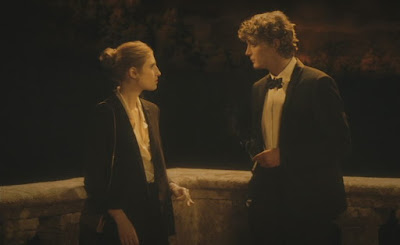 As you've probably guessed already, Arrieta tells the familiar tale from the modern-day perspective, with the 100-year long dream closing to an end. In doing so, he manages to awake not only the passive heroine for the 'happily ever after', but also the inner child in his viewers, all the while keeping them on an ironic distance by way of a peculiar, slightly cheeky sense of humor. Over his cast comprised of non-professionals and actors whose names are often seen in auteur projects, he casts a spell of deadpan performance, 'sparing' only the German veteran Ingrid Caven whose Evil Fairy emanates the 'queen of camp' glow.

In re- / deconstruction of Perrault's story, he goes as far as turning the curse-breaking fairy, Gwendoline (the magnetic presence of Agathe Bonitzer), into an archeologist, Maggie Jenkins, who works for UNESCO and has secret agents (or rather, legend keepers) all around the world, one of them being prince Egon's tutor, Gérard Illinski (Mathieu Amalric, demonstrating some low-key greatness). Playing with the idea of old vs. new and real vs. imaginary within the context of (time's) transience, simultaneously mocking the aristocracy with fine subtlety, he avoids as much special effects as possible and relies on rather modest production values, as well as on dreamy digital cinematography by Thomas Favel (Diamond Island). There is something pure, Nouve Vague-ish and even Eugène Green-esque about his simple, yet effective magic... 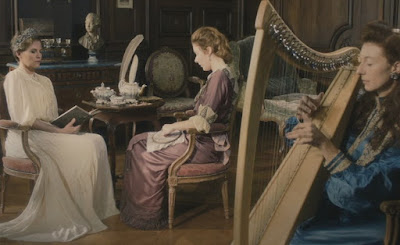