In his mind-altering debut feature (the first of the two films that he made), Conrad Rooks joins forces with the counterculture figures such as Allen Ginsberg (playing Messiah) and William Burroughs (personifying addiction itself) in order to introduce us to his own experiences in drug and alcohol abuse, fiercely plunging the viewers into the 'beat fantasy' of psychedelic non-sequiturs, fourth wall breaking, cleansing rituals (?), rapturous dancing (which involves a druid-like character grooving at the Stonehenge) and ethereal visions of transcendental beauty (gorgeous non-professional actress Paula Pritchett, credited as Water Woman), all to the sublimely delirious score by the Hindustani virtuoso Ravi Shankar (in the role of the Sun God). 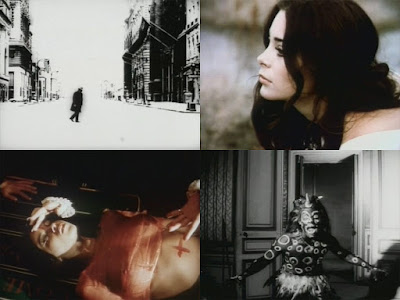