Based on quite a long-running fighting game series (including dozens of sequels, ports, spin-offs and whatnots), the latest animated adaptation of Street Fighter's younger brother combines picturesque motion-comic sequences (for intro and side-stories) with beautiful, highly detailed, albeit a tad 'plastic' CGI visuals (for the main story) accompanied by energized soundtrack, to take us to a martial arts tournament peppered with cheesy humor, filled with intrigue and bringing together 80's & 90's fashion, science fiction, mystical forces, B-movie sensibilities and odd assortment of 3D-modeled 2D characters, from domineering, seemingly undefeatable baddies to perseverant heroes and heroines possessing all kinds of special powers, engaged in exquisitely choreographed action. 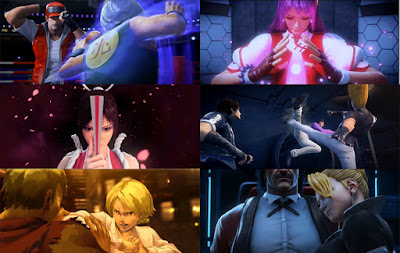 (All 24 episodes are available on YouTube.)
Објавио Nikola Gocić у 9:19 AM