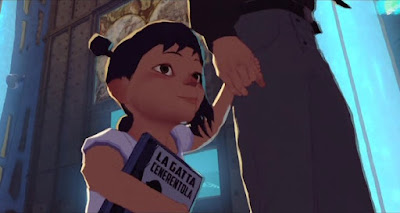 From the team that thought us The Art of Happiness (L'arte della felicità, 2013), comes one of the boldest deconstructions of Cinderella variants. The 17th century text written by Giambattista Basile (whose work was recently adapted by Matteo Garrone, in Tale of Tales) is turned head over heels and reimagined as a retro-futuristic neo-noir thriller which satirizes a certain Italian politician in jazzy, as well as the traditional Neapolitan rhythms. 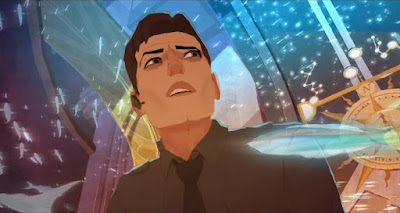 The story goes like this: The shipping magnate Vittorio Basile prepares the inauguration of his 'Science and Memory Hub' project, as we learn via zippy 'Giornale Luce' newsreel parody. A mastermind behind the 'photosweep' technology that 'enables the recording and reproduction of reality itself' (think holograms), he is also about to get married to a beautiful mother of six (five daughters and an openly gay son), Angelica Carannante. However, his only child, Mia, will be left fatherless and his plans thwarted by Angelica's cabaret singer and mafioso lover, Salvatore Lo Giusto, whose name, ironically, translates as Saviour the Just and who has a different vision of the Naples harbor's future... 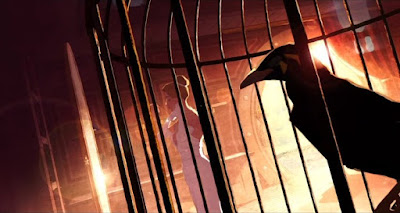 Fifteen years forward, Vittorio's cruise ship 'Megaride' is a dilapidated shadow of its former self, with Angelica having become a madame to her vain offspring and Salvatore having been promoted to 'Il Re' - the king of shoes made from, believe it or not, soluble cocaine. Dressed in rags, mute by choice and still clinging to the traumatic past, the soon-to-be-adult Mia is viciously exploited by her step-family, unaware that an old acquaintance - her dad's most trusted associate Primo Gemito - is on Salvatore's drug-dealing tail, coming to the rescue. 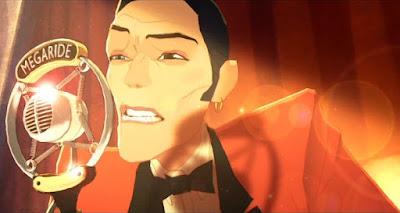 While Vesuvius ashes fall on criminalized Naples, portending (the city's) apocalypse and reminding us that we're watching a Cinderella story, Rak and his co-directors have a blast making the very same story almost unrecognizable, subtly peppering it with witty and occasionally 'dirty' references. Their narrative is as intense as the barrages of rapid-fire dialogue, galloping at a breathtaking pace towards the explosive end. The world they create is certainly not the one of fairy tales, with the silenced, seemingly helpless heroine taking justice into her own hands, after eventually learning the truth from her father's holographic ghosts. 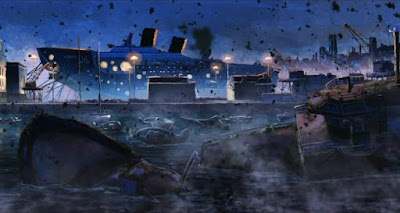 The battle between the kind spirits and self-centered ones (or rather, progressive dreams and regressive nightmares) which the tale rests on is rendered in angular CGI with a mellow, watercolor-like feel to the textures, so the visuals might take some time to get accustomed to. But, once you adopt to the unique aesthetics, you're in for a pretty enjoyable ride, further made more appealing by virtue of excellent voice-work, especially by Massimiliano Gallo as the cunning Salvatore, as well as the groovy, eclectic score. 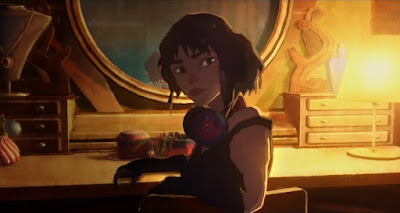