Anarchy in the UK: The New Underground Cinema (Jett Hollywood, 2016) 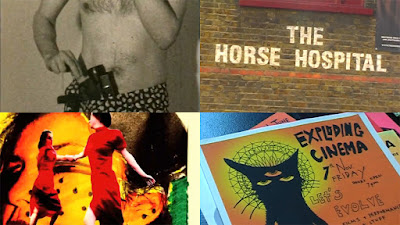 It's angsty, it's rebellious, it's absolutely irreverent and there's a great chance it will make you want to grab your photo camera or iPhone (or whatever) and start shooting someone nude, blindfolded and caressing a sapless, branched piece of wood for your movie project (just an idea, as a tribute to Lynch's Log Lady). Oh, and it's also fresh and invigorating and so many colorful bubbles in Trafalgar Square during a performative act of not giving a fuck while taking the piss.

Directed by Fabrizio Federico's (In Search of the Exile) alter ego Jett Hollywood (Ziggy Stardust's filmmaker son from Mars), this wild, higgledy piggledy documentary with great punk attitude and Bakshi's mindset takes a concise, yet comprehensive look at today's underground cinema of the UK. Within the crudely sewn, yet attractive, anything but the kitchen sink patchwork, the viewer is introduced to several zealous, determined, not formally educated creatives who give a whole new meaning to 'indie' (read: shoestring / no-budget) film. Their words hold much truth about the seventh art and its possibilities, trial and error, exploration and experimentation, rehashing and endless franchises, inter alia, even when they are not 100% serious. 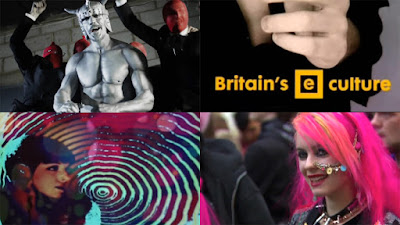 Between the segments featuring talking heads, one of them belonging to Richard Stanley, Federico provides plenty of visually provoking and gloriously unglamorous excerpts from his interviewees' works, as well as some befitting archive footage attached with safety pins. As the world goes pop, he goes counter-culture, behaving like a hyperactive boy on a dirty playground of Dismaland. His enthusiasm is contagious and his direction explosive.

Pulling no punches and brimming with raw energy, Anarchy in the UK wears its spikes, Mohawk and cheap, ragged attire proudly. Frequently and deliberately out of tune, it runs at breakneck pace, knows how to catch you by surprise and doesn't lack revolutionary spirit or guerilla style sequences. Don't blink or you might miss WR: Mysteries of the Organism poster cameo.