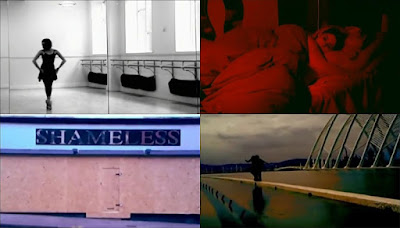 And now, here's a recipe that you won't find in Jamie Oliver's cookbook (or any other cookbook for that matter).

Arm yourself with punk attitude, improvise to your heart's content and serve whatever you get out of your oven cold. Spread the hot passion syrup over it and sprinkle with lots of nuts! 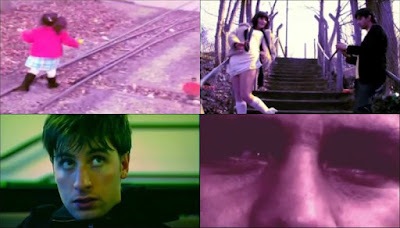 Shot on mobile phones and children cameras, Black Biscuit is a clear or rather, perfect reflection of Pink8 Manifesto's rule No. 17 - bewildering, vague, self-indulgent, plot-less, risky, egotistical, limpid, raw, ugly and imperfect. However, it is also varied, unaffected and unpretentious in its crazy idiosyncrasies, charming naiveté and patchwork aesthetics.

Ballsy and wonderfully pointless, yet infused with all kinds of meanings and themes, it provides a no makeup and no holds barred look into the underbelly of British society. At first sour, it becomes sweeter with each subsequent bite, but only for the initial hour and a half. The last quarter (37 minutes, to be precise) outstays its welcome due to the film-within-film's unapologetically meandering nature.

Firmly holding the stick of anarchy and rebellion, Federico balances on the top of the fourth wall pierced with many holes and creates a work of documentary fiction which is in equal measures inspiring and slightly frustrating. His energy is infectuous and his weird, mostly improvised vignettes are essentially one disparate juxtaposition after another tied into a Dada-like whole which surprisingly never falls apart in its striving for cult status.

Black Biscuit is available at the author's YouTube channel.