The short piece of experimental prose hereinafter contains the names of the features from my latest Taste of Cinema list whose original title is 11 Weird Movies from 2000s and 2010s You Might Not Have Seen.

After leaving the Atrocity Exhibition, I could barely control my excitement – Four Horseman of the Apocalypse were quickly approaching me. A big man from Japan gave me an illustrated copy of Dante's Inferno and whispered softly to my ear: "The days of gray are coming."

"Hell, they are!" – I loudly thought to myself and all of the sudden, a small skull dropped from the sky, landing right before my feet. Someone etched the words "junk head 1" on its forehead. It was much later when I realized that it must had fallen out the garbage helicopter.

In search of the Exile which I continued precariously, my open wound began to hurt again. But, there was no other way to meet William, the new judo master. 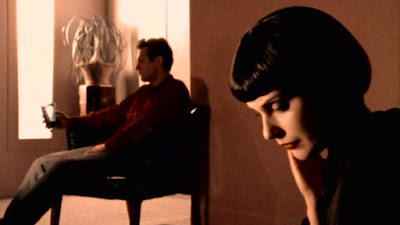