The sole directorial credit in the opus of Joseph 'the screenwriter of Psycho' Stefano is a supernatural horror that was planned to be a pilot episode for a new show in a similar vein as The Twilight Zone and The Outer Limits (also written by Stefano), but was deemed too scary for the television and scrapped. More than half a century later, it resurfaces (partly thanks to the 2018 Blu-ray release) and it turns out to be nothing short of a flawed masterpiece.

The Ghost of Sierra de Cobre stars Martin Landau as a suave, wealthy architect, Nelson Orion (as in the constellation, in his own words), who lives in a modern and, in terms of statics, seemingly impossible house propped on a cliff over the beach. In his spare time, Mr. Orion becomes 'proto Dylan Dog' who doesn't like to be referred to as medium, and refuses to charge for his services if the haunting of his clients proves genuine. Hired by Vivia Mandore (Diane Baker, fresh out of Marnie), he is about to investigate the case of disturbing telephone calls that have been troubling Mrs. Mandore's blind husband, Henry (Tom Simcox), who believes his possessive mother is trying to control him and, what's worse, drive him mad from beyond her (open) grave. Suspiciously coinciding with this hullabaloo at the Mandore estate is the arrival of a mysterious new servant, Paulina, portrayed by Dame Judith Anderson in a menacing manner which recalls her role of Mrs. Danvers in Hitchcock's Rebecca.

Right from the get-go, Stefano is determined to impress the viewer, and he does succeed in his intention, with the panoramic view of Los Angeles - initially appearing as a foggy graveyard - being 'swept away' by sea foam in a stunningly edited transition that is followed by the introduction of the protagonist and his cool, borderline surreal place of residence. But, even cooler are the Mandores' gothic manor and their family mausoleum in which shadows waltz the Danse Macabre in gorgeously lensed scenes evoking the masterpieces of German Expressionism through densely atmospheric lighting. It is there, amongst the dead (and their restless spirits), where Nelson has his first encounter with Vivia, and where Conrad Hall (who would work as DoP on the one and only Esperanto-spoken horror Incubus two years later) excels in every single frame. Those 15 minutes alone are the reason enough to watch the film, and not to mention that the rest of it is also packed with strong, engaging visuals brimming with style and as such, worthy of big-screen viewing. Their beauty is elevated by Dominic Frontiere's dramatic, tension-rising score complemented by unearthly soundscapes.

Equally captivating is a slightly pulpish story which thematizes guilt and finds its foundation in the idea that we all are, in one way or another, being haunted, whether we believe in ghosts or not, like Nelson's voice-of-reason housekeeper, Mary Finch (Nellie Burt, highly sympathetic). It is well-paced, oft-generating moments of spine-tingling eeriness, and handled with great confidence, even during the parts that seem to serve no purpose other than prolonging the running time (from TV episode to feature-length format) and/or adding a layer of quirkiness to the proceedings (code: blonde on the beach). Lending it gravitas is the entire cast who does a tremendous job of breathing life into characters most of whom are heavily burdened by their past, and are trying to escape it. Especially commendable is Landau's performance tinged with subtlety, stoicism and hints of melancholy...

Many are the qualities to cherish here, so it is such a shame that Stefano never set in a director's chair again. 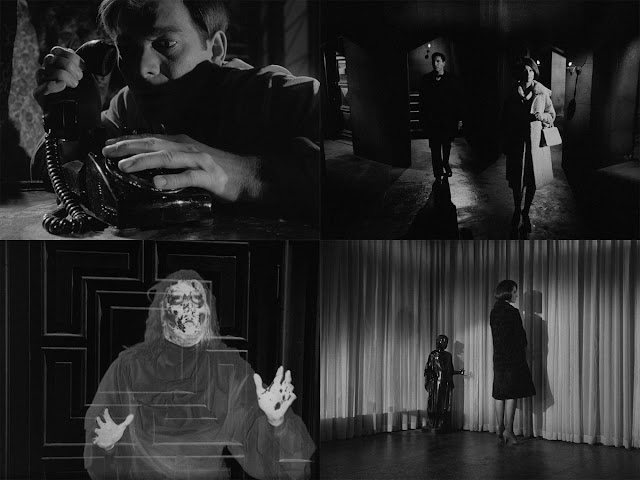