"The whole duration of humanity, its evolution and many successive species, is but a flash in the lifetime of the cosmos.
Looking at the heavens and at the violet splendor that seeks to destroy us, we are filled with awe and pity: awe for the inconceivable potential of this bright host, and pity for its self-thwarting effort to supplant the universal spirit." 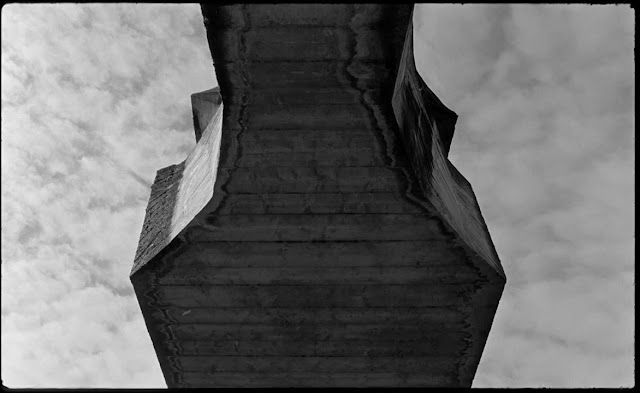 Based on Olaf Stapleton's 1930 novel of the same name and softly narrated by the inimitable, ever-reliable Tilda Swinton in a manner that suggests great wisdom (which is to be expected from a voice representing the 'group mind' of the '18th human species' in the two billion years distant future), Last and First Men is both the feature debut and sadly, the swan song of the revered Iceland composer Jóhann Jóhannsson (1969-2018), famous for his collaboration with the French Canadian director Denis Villeneuve (Prisoners, Arrival). 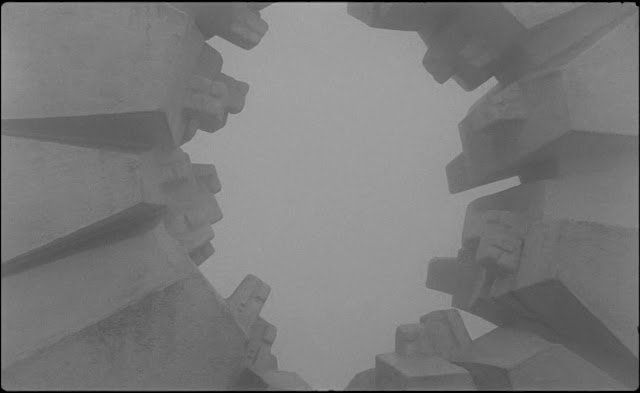 Part experimental science-fiction film and part quasi-documentarian essay on transience, our legacy and inevitability of doom, this contemplative tone poem is the work of austere, yet awe-inspiring beauty that is channeled through the concrete memorial monuments of the socialist-era Yugoslavia. The brutalist colossi which have been unjustly forgotten and neglected for years are stripped of their original purpose to be respectfully employed as otherworldly objects built by the advanced civilization that is threatened by extinction. Imposing in their mysterious silence, the sharp-edged, gargantuan 'gargoyles' of surrealy geometric forms act as the perfect stand-ins for spaceships, architectural wonders or even containers for collective consciousness that is addressing us - the titular 'first men' - through Ms. Swinton's solemn, strangely comforting voice. Not to mention that they are gorgeously captured, together with their contrasting natural environment, by Sturla Brandth Grøvle's delicately grainy B&W cinematography, in the hypnotizing series of lingering takes almost certainly influenced by the masters of 'slow cinema'. 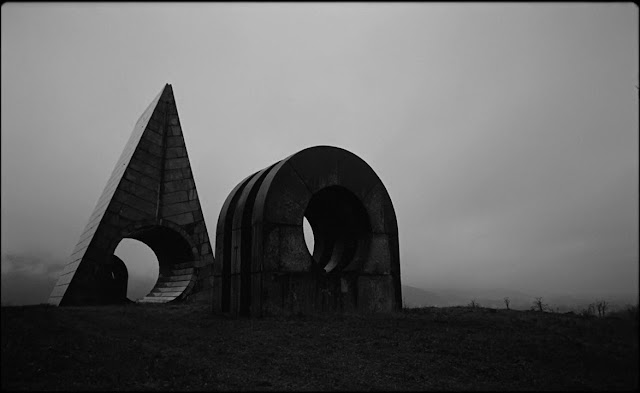 Expertly complementing the astonishing visuals is Jóhannsson's elegiac, ruminating score in which minimalist orchestration and ethereal vocalization interweave into a sonic fabric that dissolves into the mist only to recompose itself and soar high into the sky above the mountains of Balkan region where the film was shot, paralleling the theme of death and rebirth. The dense, immersive atmosphere established by virtue of the aural veil and its inseparability from the stark imagery it covers provides the viewer with a sublimely melancholic experience.
Објавио Nikola Gocić у 4:00 PM