The Other Side of the Underneath (Jane Arden, 1972)

☼☼☼☼☼☼☼☼ out of 10☼
"Strength, little girl, is madness. And madness is the persistent belief in one's own hatefulness." 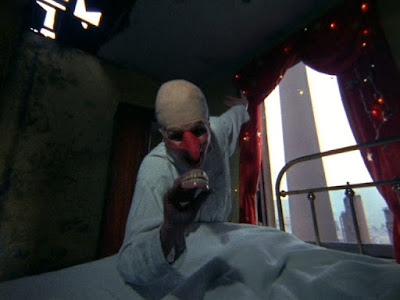 If Inland Empire is "about a woman in trouble", according to David Lynch himself, then The Other Side of the Underneath could be labeled as a film about a woman in very, very deep shit, pardon my French. An uncompromising exploration of schizophrenia and the numerous other psychological disorders, as well as an edgy statement against the values of patriarchal norms, Jane Arden's directorial debut is indisputably one of the most unsettling pieces of underground cinema ever created. 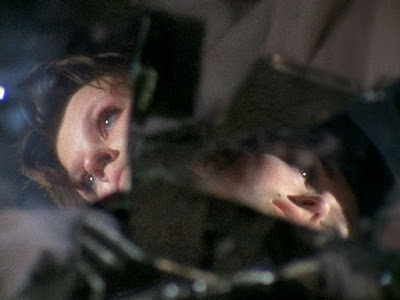 Imbued with raw emotions which are rarely emerging from the positive spectrum, it introduces the concept of filmmaking as a group therapy, with the members of the director's feminist troupe Holocaust starring (reportedly on LSD) as mental asylum inmates. The therapist role is reserved for Arden herself who goes as far as to bring her "patients" on the verge of tears, as well as force them to externalize their innermost feelings and darkest traumas. Taking the stance of a radical anarchist, she eschews the story in favor of the boundary-pushing performances (the one by Sheila Allen as Meg the Peg being the most memorable), ear-piercing cello improvisations and grainy, gritty imagery of frequently iconoclastic beauty to pull us down the spiral of madness. 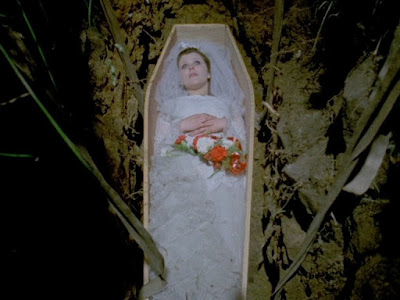 Her savage and to a certain extent exploitative, yet extremely personal experiment is like a missing link between Tom White's Who's Crazy and Frans Zvartjes's Pentimento; a spiritual predecessor to Švankmajer's Lunacy, with a dash of Jodorowsky and Russell thrown in. It blurs the boundaries between an unforgiving reality and an absurd, surreal fiction informed by Jungian symbolism, which is further emphasized with the almost Fellini-esque sequence of a "jolly picnic" shot on the hills of South Wales, with a group of tinkers, gypsies and mentally handicapped people from the area. Bold, dirty, rough and intense, The Other Side of the Underneath is not an easy watch, but then again which portrait of a distressed mind is? 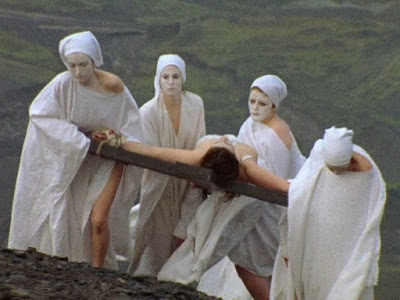