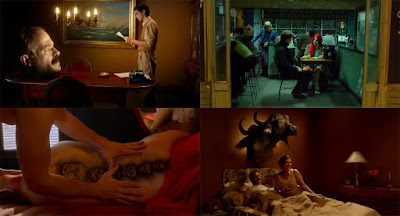 The Chilean mystic, cinema virtuoso, spiritual guru and living legend Alejandro Jodorowsky continues his self-healing semi-autobiographical saga with the second entry in a proposed cycle of five films. Taking over exactly where The Dance of Reality (La danza de la realidad) left off, Endless Poetry (Poesía sin fin) chronicles the years of the artist's youth in 'surrealized' Santiago of the 40s.

Once again, Pamela Flores lends her soprano as Alejandrito's (the curly-haired Jeremias Herskovits and later, Adan Jodorowsky) opera-singing mum Sara, whereby Brontis Jodorowsky reprises the role of his father's father Jaime with the same kind of mocking, fascist-like strictness. The auteur himself returns as his younger self's guardian angel / voice of reason in a couple of silly and somewhat moving situations.

And another 'self' can be utilized as a suffix for 'indulgent' in describing this flamboyant familial phantasmagoria with a Freudian twist in which Flores also appears as Alejandro's first love Stella Díaz Varín (1926-2006). Through the dreamlike reminiscences, she is reimagined as a virginal, beer-guzzling and hard-punching muse who sports body paint and fiery red wig, and keeps her hymen for 'the man with the divine forehead who will descend from the mountains'.

It is thanks to his gay cousin Ricardo that 'Jodo' comes in contact with Stella, as well as with the rest of bohemian artists of the time, breaking free from the confines of Jaime's despotism. His friends belong to a colorful, Felliniesque 'demimonde' of clowns, dwarves, cripples and eccentric liberals who have their own rituals and walk straightforward, no matter what obstacles lie ahead. All of their lives are transformed into bold, rebellious, 'joie de vivre' poetry (hence the title) in which sex during menstruation and tarot divination assisted by an erected, hypnotized man are not there for the mere shock value - they are the unrhymed verses of insolent and provocative beauty.

Notwithstanding these 'excesses' and the narrative's episodic structure, Jodorowsky's latest offering is 'the most accessible' yet, as many critics put it. However, prior knowledge of his oeuvre wouldn't hurt, even though the thick layer of esotericism is almost completely lifted from both the story and (inspired) visuals. The maverick's memoirs brim with bizarre, exciting, anachronistic, carnivalesque imagery captured by the keen eye of the prominent DP Christopher Doyle and accompanied by Adanowsky's charismatic lead performance and eclectic score.

Coming from an octogenarian filmmaker, Endless Poetry is quite vital and energizing in its blending of cinema, theatre and circus, yet there are ten minutes or so of the material that could have been snipped... 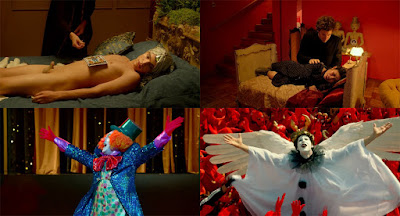