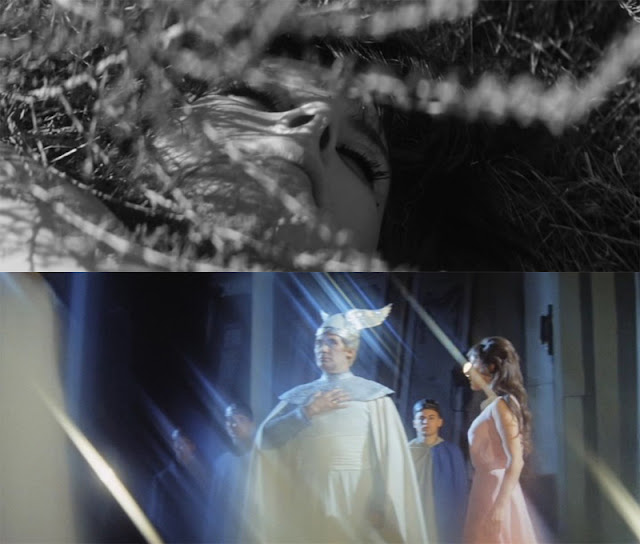 Uniting slapstick-imbued Surrealism to Nouvelle Vague-like technical playfulness in a naughty matrimony, Die Tote von Beverly Hills (lit. Dead Woman from Beverly Hills) plays out like a humorous, titillating, fourth wall-breaking murder mystery which Walter Potganski of the Moviemax company calls 'the most daring German film of the 60s'. Starring magnetic Heidelinde Weis as a self-confident nymphet, Lu, whose naked body is found somewhere around Hollywood, it is largely (and wittily!) told in retrospective, all according to the girl's diary that is being inspected by one of her lovers, C.G. (Klausjürgen Wussow), and a detective, Ben (Wolfgang Neuss), whose office - in one of many logic-defying instances - is located in an unfinished high-rise. Handsomely shot in noir-ish black and white, the present timeline is intercut by vivid and often dreamlike, somewhat Buñuelian Eastman Color sequences portraying Lu's libertine past involving an opera singer, eccentric painter, wealthy archeologist, Las Vegas cabaret performer and altar server turned screenwriter for westerns. What further makes the film an absorbing viewing experience is Heinz Kiessling's swinging score, as well as Michael Pfleghar's effortless direction and keen sense of pacing. 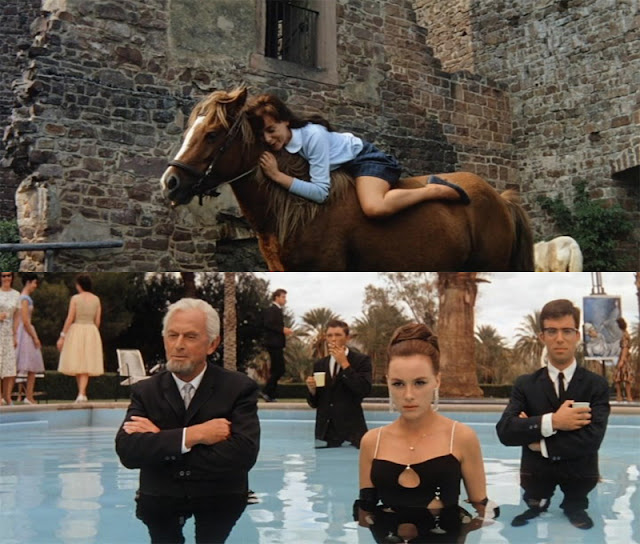