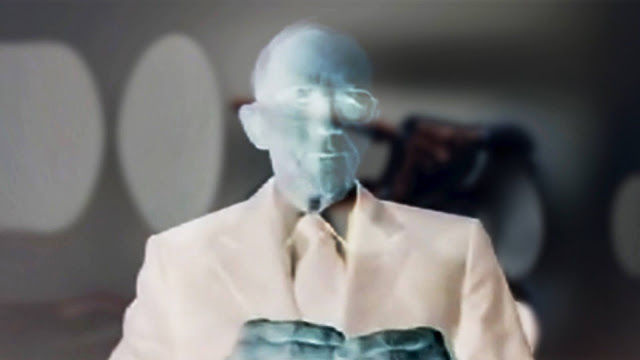 There seems to be an undeniable continuity or rather, an unbreakable flow in the self-possessed, ecologically conscious art of the Canadian filmmaker Kent Tate (Catalyst), with each of his 'ciné-scientific' shorts adding to his never-ending exploration of the dichotomy between the natural and the manufactured. The same goes for one of his latest offerings, Furnace, which depicts the hypnotizing interplay of light and shadows under the conditions of 'Global Dimming'.

Shot in 'the vast interior of British Columbia' over the period of three years, as the official synopsis informs us, the film opens with a subtly altered B&W archive footage which could be (literally) interpreted as a symbol of an eye-opening warning, or as a nifty 'trick' to attract the viewer's attention, in a similar vein with the eye-slitting scene from Un Chien Andalou. Its 'docu-face' is revealed via a special (and visually wobbly) appearance by Jay Forrester who explains that the problem solving doesn't go along the straight line, but rather in loops, with both us and our environment (in the widest sense of the word) changing in the process.

What follows is a recognizable procession of images which beautifully capture not only the balance-retaining struggle between Mother Earth and men-made pollutants, but also the inexorable passage of time reflected in the solemn march of gray clouds above the silent fields and mountains. Although pervaded by the feeling of calm, with Tate's camera acting as a stoic observer, the ostensibly rigid compositions have a painterly quality to them that is simultaneously complemented and counterpoised by the pulsating music created by the author himself. His occasional digital interventions are delicately woven into what one may dub the prudent poetry of the Anthropocene. 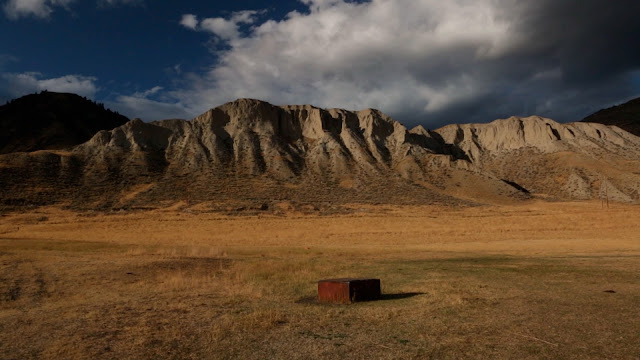 (This review is based on the screener copy provided by the author.)
Објавио Nikola Gocić у 6:25 PM