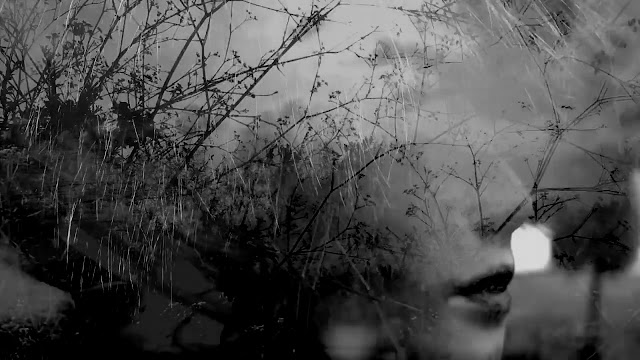 The epitome of Camelia Mirescu's inspiring body of work, Emotive Transmigrations speaks or rather, softly whispers directly to one's soul, as its very title may suggest. Dubbed 'experimental film retrospective' by the auteur herself, it gives an entirely new meaning to the 'recycling' of previously used footage, providing the viewer with the highly contemplative and difficult-to-describe experience. Think falling through the liquid embodiment of silence, or bathing in the crystalline sea of immaculate dreams...

It eschews plot and traditional narrative in favor of mood, lyricism and the elusiveness of feeling, and it does so magnificently. Replete with phantasmal and/or phantasmagoric superimpositions that turn everything from landscapes to human portraits into abstract sensations, this transcendental ciné-reverie is lensed in gorgeous, high-contrast black and white, and musically veiled with a delicate, somewhat melancholic piano piece, What If, composed by Marina Vesić (aka Black Marine). In other words, both aurally and visually it manages to conjure some peculiar magic, and leaves you wanting more...

Emotive Transmigrations can be viewed on Mirescu's official Vimeo channel.