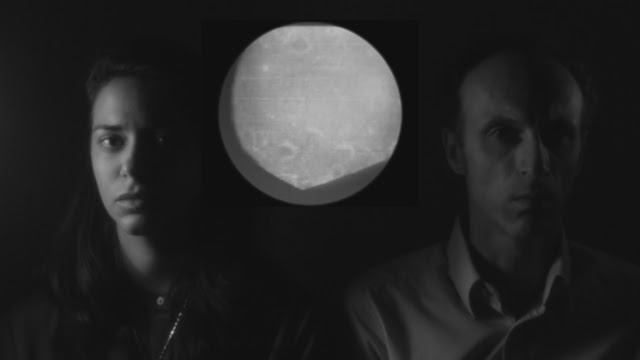 When venturing into Rashidilandia, one has to be fully prepared to face the Unknown, firmly embrace it and eventually, get completely lost in it. Even then, there are no guarantees that one will be accepted by the strange forces in charge of the tingling audio-visual stimuli stemming from and returning to the Luminous Void. Investigating the Murder Case of Ms. XY. - a German-Irish co-production - makes no exception, with the inexpressible taking us to an unexplored terrain.

The single hint of narrative revealed in the title of 'this cosmically disconcerting film', as Maximilian Le Cain puts it, compels the viewer to believe that the leading duo of Mario Mentrup and Olympia Spanou portray the (interstellar?) detectives tasked with solving the murder of Ms. XY. They could be the predecessors to a couple seen (and most intensely played by Daniel Fawcett and Clara Pais) in Phantom Islands, and it's quite likely that they originate from the Moon which is given a prominent role in the mystery. However, what we are shown is not the police procedural, but rather a hypnotizing and somewhat unsettling portraiture of their Earth-selves caught by the ever-watchful eye of the camera and trapped in the victim's limbo. Essentially, this means that Ms. XY is the embodiment of Queen Cinema, so her death has to be a paradox, because she is immortal as long as there are filmmakers willing to break the rules in their search for her essence. 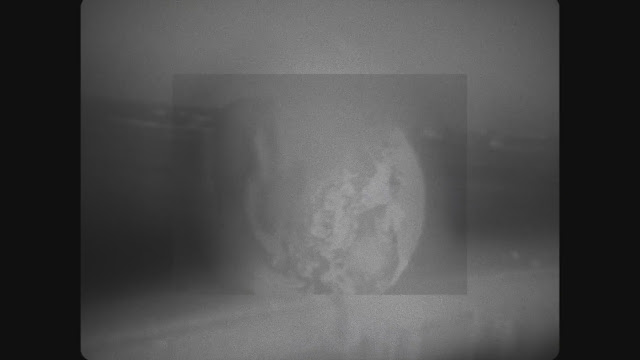 Whatever the case may be (no pun intended), one thing remains clear and that is Rouzbeh Rashidi's unfaltering love for and great understanding of (filmic) silence whose overwhelming power is strongly felt in almost every second of his stark, uncompromising exploration. Eschewing action in favor of observation, he goes on the hunt for Mentrup's and Spanou's thoughts via their penetrating gazes, subtle micro-expressions, superhuman concentration and deliberately muted words in four long, contemplative takes linked with the scenes of mundane ennui, religious procession and wintry landscapes, as well as with found footage of walking on the Moon and, why not, ballet dancing. Very much like the installments of Homo Sapiens Project, these 'bridges' - albeit grounded in our reality - appear alien and to a certain degree sinister, all by virtue of chilling drones accompanying oft-minimalist, austerely beautiful B&W compositions. A short sequence through which we are guided by a smiling nun, and the close-up of Mentrup's character bursting into laughter are the perfect reflections of the film's uncanny side (not to mention those phantasmal superimpositions).

Offering a false sense of calm is the melancholic finale which adds to the surrealism / idiosyncrasy of the atmosphere, and leaves us not only with many questions unanswered, but also with a unique, recognizably Rashidian experience. 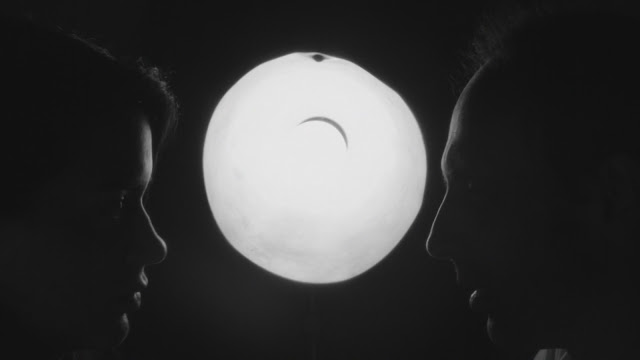 (The film is available at Vimeo on Demand, for rent and purchase.)
Објавио Nikola Gocić у 5:35 PM