Following a simple story of redemption and revenge (or something along these lines), the latest offering by the Indonesian filmmaker Timo Tjahjanto (Headshot) eschews plotting in favor of the hyper-stylized cinematography and heavy doses of visceral, over-the-top action. Written in (ridiculous amounts of) blood, with a broken tibia used as a pen, The Night Comes for Us is a passionate love letter to John Woo's gangster flicks, ultraviolent anime and video games, best described as a spiritual sequel to The Raid movies. By virtue of deep bodily wounds treated as mere bruises and scratches, it savagely pushes the boundaries of suspension of disbelief, boasting the characters with superhuman stamina who keep fighting even after their guts are literally spilled. They may be cartoonish, distilled through the 'rule of cool' filter, however when it comes to kicks, punches and blades of various shapes and sizes, their 'eloquence' is unmatched. It will probably sound crazy, but there's a certain poetry - irreverent, yet morbidly alluring - in Tjahjanto's fetishization of flesh carving and bone crunching which brings forth a flawed, yet highly memorable martial arts B-movie, one thunder god short of being the best Mortal Kombat adaptation. 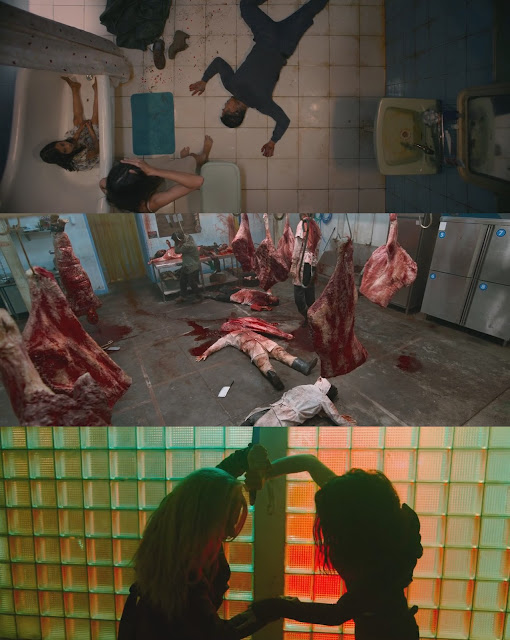