Best Premiere Viewings of May 2K22 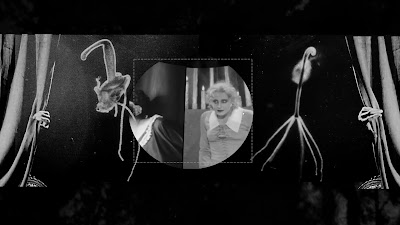 Quite possibly the boldest adaptation of Agatha Christie’s first published (or any other) novel, the latest feature offering from Hungarian filmmaker Péter Lichter is a brilliant piece of experimental (and essayistic) cinema. Created out of archive (i.e. found) footage extracted from dozens of films released between 1895 and 1933, it also blends – and it does so effectively – vintage computer graphics and excerpts from pre-2000 video games into mesmerizing collage and comic-like compositions. Each one more playful and unpredictable than the next, they bring forth the visual – and intrinsically filmic – mystery and mastery, as we’re guided through the story of Mrs. Inglethorp’s murder by inspector Poirot, that is the immersive voice-over by actor Pál Mácsai invoking the spirit of radio dramas. Gently shrouded in droning, almost imperceptible soundscapes, the dynamic images – an unstoppable parade of imaginative split-screens, frame-within-frame / ‘mise en abyme’ phantasms, and hallucinogenic superimpositions – pull us ever deeper into the seemingly bottomless rabbit hole of Lichter’s brainchild.
2. Everything Everywhere All at Once (Daniels, 2022) 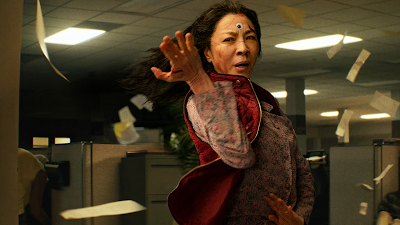 A heady, no-holds-barred mix of absurdist comedy (that often made me cry with laughter), lush postmodern fantasy of ‘anything goes with a tongue-in-cheek’ kind, superbly choreographed martial arts actioner, self-conscious meta-cinematic extravaganza, and above all, poignant, deeply humane family drama with a big, bagel-shaped nihilist heart, ‘Everything Everywhere All at Once’ is a triumph of sheer creative madness. I’m afraid Daniels won’t be able to outdo themselves in their future endeavors. 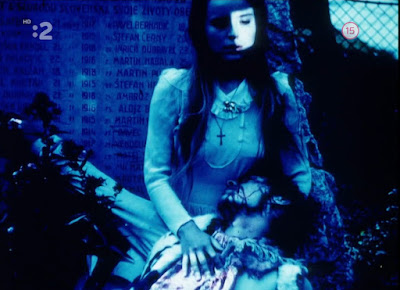 “You’re not God, because God is darkness. And that darkness has no end. And children of God are born in it.”
On his ‘Worldwide Celluloid Massacre’ webpage, film reviewer Zev Toledano uses the term ‘Kusturica-esque’ to describe The Deserter and the Nomads which is kind of funny, and not to mention disrespectful, because last time I checked, Emir Kusturica was only 14 when Jakubisko’s anti-war drama had its premiere, and his short debut would be released in 1978, with his subsequent work majorly influenced by Jakubisko; so, something along the lines of ‘proto-Kusturica’ may have worked much better.
Directed with unrestrained anarchic energy and heightened sense of raving poeticism, or simply put, in a fit of creative madness, The Deserter and the Nomads is an unadulterated cinematic nightmare, in equal measures dizzying and disorienting, electrifying and overwhelming in its incessant barrage of audio-visual stimuli melded with allegorical mayhem into a feverish stream-of-conscious narrative. Always set at the end – of the WWI, the WWII and the world – it depicts the accelerated corrosion of human civilization in broad and sweeping strokes through three chapters interconnected by the figure of Death perfectly embodied by bald and square-jawed Augustín Kubán. A spiritual predecessor to Żuławski’s On the Silver Globe and Lopushansky’s A Visitor to a Museum, it provides the viewer with an intense experience.
4. Ilargi Guztiak / All the Moons (Igor Legaretta, 2020)

“Always is too much time.”
Shot in Basque language and told from the perspective of an orphaned vampire girl (Haizea Carneros, in a magnetic debut performance beyond her age), All the Moons brings a twist to the ‘bloodsuckers’ lore, eschewing horror in favor of sympathy for ‘the children of the night’. The word ‘vampire’ is not uttered at all, and the film comes across as a slow-burn gothic fairy tale, with the little heroine learning life, love and familial bonds, while seeking to regain her mortality in turbulent times of Spanish history. Legaretta directs the film with a keen sense of pathos and pacing, often allowing his DoP Imanol Nabea to put a spell on the viewer with his stunning widescreen compositions beautifully complemented by Pascal Gaigne’s ethereally evocative score.
5. Ana no Kiba / The Fang in the Hole (Seijun Suzuki, 1979) 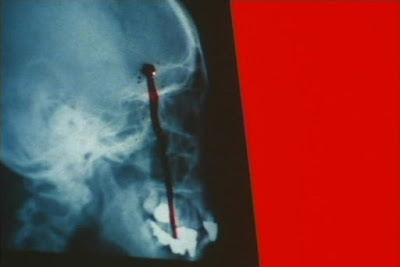 Green dominates the screen in this wittily peculiar mix of yakuza pulp-noir, New Wave-like radicalism and supernatural mystery presented in a hyper-theatrical style which will reach its highest peak in Suzuki’s late-career masterpiece ‘Pistol Opera’. Appearing like a feature-length film compressed to 45 minutes, ‘The Fang in the Hole’ can be a great starting point for those willing to delve into the author’s singular oeuvre. 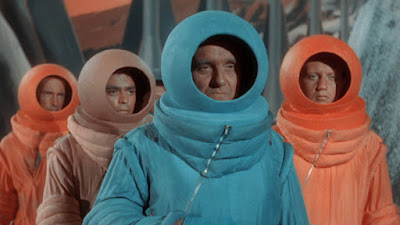 Screenplay-wise, this pulpy sci-fi romp hasn’t stood the test of time, but it has one of the most beautifully balanced color palettes that I’ve seen in a piece of classic cinema. The groovy retro-futuristic costumes and geometric set designs that seem to take cues from German expressionism aren’t without their charms either. 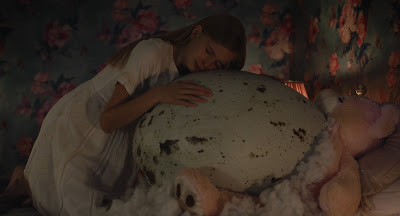 The opening of Hanna Bergholm’s feature-length debut brings to mind the prologue of David Lynch’s Blue Velvet, with an idealized vision of American suburbia giving way to the fake, ad-like imagery of ‘lovely everyday life of an ordinary Finnish family’, and with a black bird acting as a stand-in for slithering insects hiding under the green lawn. However, Hatching is quite a different animal – one that mutates alongside a pre-teen gymnast girl, Tinja (talented first-timer Siiri Solalinna), who witnesses a poor crow getting its neck snapped by her own influencer mother just because it broke some bric-a-brac in her Bravacasa living room. This unpleasant incident triggers a whole lot of changes in docile and confused Tinja who – breaking under the pressure of pathological ambition, peers’ teasing, hormones surging, and growing up next to a weakling father and a spoiled brat of a little brother – hatches a bizarre creature out of an orphaned egg. It is glaringly obvious that her ‘pet-child’ who looks straight out of a Jim Henson’s nightmare is a multifaceted metaphor / the embodiment of her coming-of-age hell, but Bergholm’s competent helming aided by neat aesthetics, technical skillfulness and excellent performances provides a fun 80-minute ride.

“I like to allow circumstances to present themselves, and then I rise up to meet them. Circumstances are the dictators of my work. Like a piece of string, I pick it up and follow it along... and see where it takes me.”
In Camille Thoman’s promising, if flawed fiction feature debut, the boundaries between art and life / stalker and stalked get progressively blurred, as we follow a conceptual artist, Miranda Fall (excellent performance by velvet-voiced Mireille Enos), down her very own rabbit hole. With Lynch’s influence written all over it, particularly in the moody interior lighting, this ‘woman in trouble’ slow-burner provides a dense, yet not always immersive atmosphere of voyeuristic predation, exploring the theme of dissolving identity by way of a mind-bending puzzle brimful of red herrings. At times, the film’s ambiguity just doesn’t work in its favor, and Sam Shepard (1943-2017) feels somewhat miscast (exhausted?) in his final role of the heroine’s dealer and secret lover, Paul Stark. Nevertheless, Never Here shows enough of its author’s potential, so let’s hope she makes better use of it next time around...
Објавио Nikola Gocić у 11:30 AM