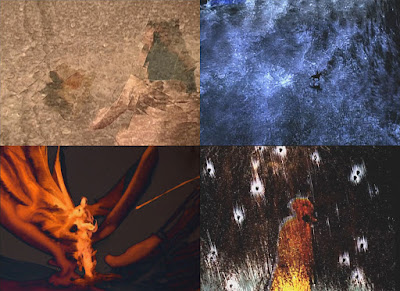 At his most abstract and unrestrained, the acclaimed French filmmaker Patrick Bokanowski assumes the role of a mad alchemist and presents us with an almost ineffable oneiric trip which appears as an experimental alien broadcast on human life, cosmic phenomena and performance art, inter alia. Decidedly incoherent and delightfully chaotic, his rampant, sumptuous phantasmagoria forcefully breaks all the windows of your mind and opens it to new, vastly unexplored possibilities.

Featuring at its core an epic, no-holds-barred battle between light and darkness, intense colors and metamorphic shapes, A Solar Dream (Un rêve solaire) attacks you with a barrage of incessantly moving images or rather, superimpositions of hypnotic quality, and alters your reality in real-time. Replete with multifarious textures, it fills your screen with dancing shadows, hallucinatory supernovas, sparkling masses of water, sun rays breaking through the branches and smoke turning into liquid before the actors in a theatre play dissolve into an amorphous matter. Oh, and let's not forget the spectacular fireworks, animated sequences and handmade interventions on the film stock.

As you're consumed by the rapturous visuals which form the first of the two highly unconventional narrative threads, the ambient musical score by the author's wife and frequent collaborator Michèle Bokanowski tells the other, both counterpart and counterpoint 'story'. Approximately at the 30minute mark, she seamlessly blends in some tribal drum beats, evoking primordial spirits and simultaneously emphasizing the otherness of her husband's inspired, effervescent, impressionistic and occasionally self-reflexive visions.

In spite of being obscure content-wise, A Solar Dream is a clear and strong proof that cinema is indeed a young medium and open to 'more exploration and more risk', as Daniel Fawcett and Clara Pais put it in their Quest for the Cine-Rebis manifesto. 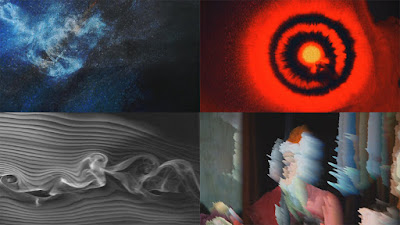