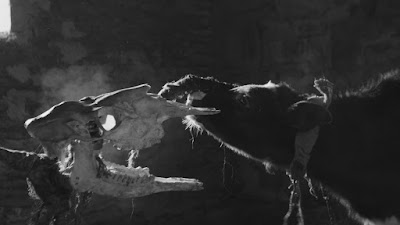 What is it that has triskelion-like legs attached to an animal skull, moves like a pinwheel or flies like a helicopter, and spontaneously combusts when its master orders it to perform an impossible task, such as making a ladder out of bread? There is no way to guess this riddle (alluding to the first five or so minutes of November), unless you are familiar with the Estonian mythology or, to be more precise, with a magical creature called 'kratt'. And 'kratid' (which is, according to wikipedia, the plural of the aforementioned noun) are often used to steal various goods, from jewelery to livestock, for their owners - the grimy peasants who made a Faustian deal for their bizarre DIY servants to live. 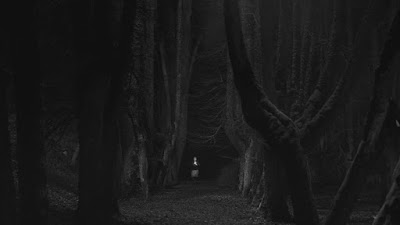 In Rainer Sarnet's latest offering that's based on Andrus Kivirähk's novel Old Barney aka November, and blends a romantic fairy tale with a weird farce laced with dark and twisted humor, kratid are (ab)used as much as religion, superstition and witchcraft to get through the snowy (and not to mention muddy) days in a 19th century village transformed into a medieval shithole by a creepy German feudal baron (Dieter Laser who brings some unforgettable grimaces to his part). Amidst the tooth-and-nail struggle for survival which is made even more difficult by the plague (embodied by a young shapeshifting woman), the dead rise from their graves to wine and dine with the living members of their families, and to cleanse themselves in a sauna. When love or rather love triangle is born in such a milieu, dirty games do not end - on the contrary, what is supposed to be the purest feeling is stained by sneaky lies and life-threatening charms. 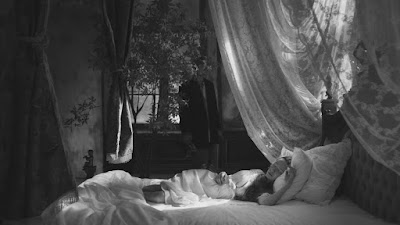 A sweet girl promised to a loathsome neighbor, Liina (inexperienced, yet talented actress Rea Lest), falls for a local don Juan (Jörgen Liik, excellent) whose heart gets stolen by a baron's beautiful somnambulist daughter (first-timer Jette Loona Hermanis) who doesn't seem like she'll be opening her eyes for the beau any time soon, so it's pretty clear they are doomed from the get-go. Although their unfulfilled romance is the centerpiece of the authentic and highly idiosyncratic magic realist narrative, Sarnet indulges in averting the viewer's attention via all sorts of oddities, metaphors and freaky subplots replete with unscrupulous, toothless characters mostly played by non-professionals. Add to that a talking snowman and one of the looniest big screen incarnations of the Devil (kudos to Jaan Tooming), and you got yourself an off-kilter and exotic rural gothic. 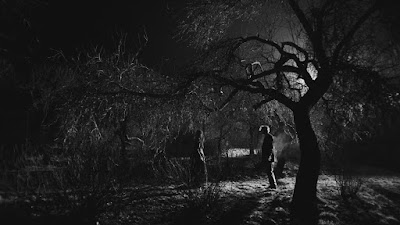 The helmer's skillful 'trickery' informed by folk tradition works wonders for anyone who's always in for a bold, unique and somewhat challenging cinematic experience which in this case is further heightened by Mart Taniel's gorgeous cinematography and Jacaszek's ethereal, atmospheric score. The inspired black and white visuals betray a myriad of possible influences, from the classic likes of The Virgin Spring, Andrei Rublev and Marketa Lazarová to the contemporary works of Veiko Õunpuu (The Temptation of St. Tony, also shot by Taniel), Pablo Berger (Snow White), Aleksey German (Hard to be a God) and Paweł Pawlikowski (Ida), impelling you to occasionally pause and admire the astonishing beauty of a frozen frame. Perfectly in line with the wintry, sublimely gloomy eye-candy are evocative instrumentals, haunting vocalizations and subtly ominous snarls of electric guitar which, in a way, displace November from its archaic setting and give it a sense of timelessness. 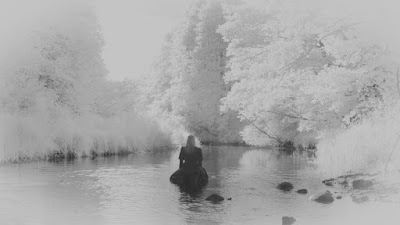