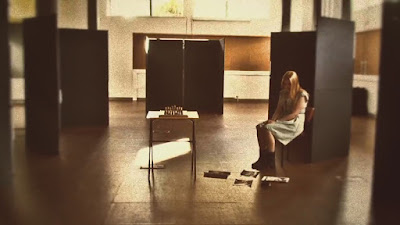 When you look into the etymology of the word praxinoscope (the 19th century animation device that succeeded zoetrope), you'll find that it can be roughly translated as 'action viewer'. And the action we view in Rashidi's Praxinoscope could be interpreted as the director's reaction to romantic dramedy conventions which he applies in order to defy them or rather, adjust them to 'an unpredictable essay on cinematic form', as the official synopsis informs us. 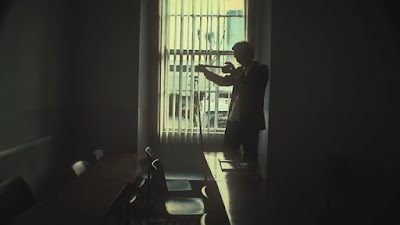 Opening with an extremely poetic sequence which operates as a loving, virtuoso homage to Alexander Sokurov (soft focus, image distortions, glacial pacing and predominately earthy tones of the color palette), the film takes us on a journey back and forth through the history/memories of cinema. At certain points, it leaves us baffled by strange mélanges such as 'German Expressionism by way of La Nouvelle Vague', yet the numerous references that betray Rashidi's enviable knowledge of his predecessors' work rarely feel overbearing. 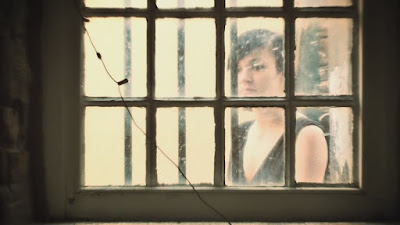 In the atmosphere of intimate detachment (or detached intimacy?) and frequently shifting, docu-fiction-esque 'reality', we follow a young man (subtly portrayed by Zulfikar Filandra, also credited as the soundscapist) on his (hopeless?) pursuit of love... or so it seems. If we compare his story to a peculiarly structured and rhythmically complicated song, we will notice four verses 'speaking' of his first, longest and most turbulent relationship (Alma Sabanadzovic), one for the sweet, short-lived affair (Julia Gelezova) and another one for the blind date / encounter with an ex-darling (Atoosa Pour Hosseini), with jazzy bridge (involving a street musician played by composer Wojciech Hupert), pseudo-choruses and final two verses depicting his turmoil, maybe even mental breakdown. The epilogue which sees the apparently upset protagonist exploring an abandoned boat indicates that the latter assumption might be true. 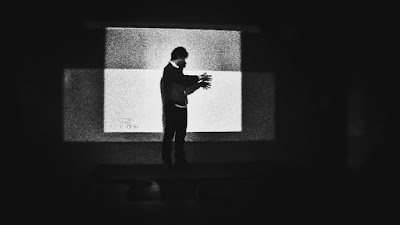 The guy's transformation from a smiling Don Juan into a human wreck is represented via the series of static, rigorously composed long takes of ascetic beauty, with usually no more than two figures appearing in the frame. Sporadically punctuated by black screens while accompanied by utter silence, muffled humming, dissonant trumpet solos or looming clouds of gloom-inducing noise, Rashidi's stark, increasingly melancholic imagery is woven into a fragmented narrative that needs no words to convey the drama... or the flickering illusion of it.

Praxinoscope is available for rent or purchase at Vimeo on Demand.
Објавио Nikola Gocić у 9:27 PM