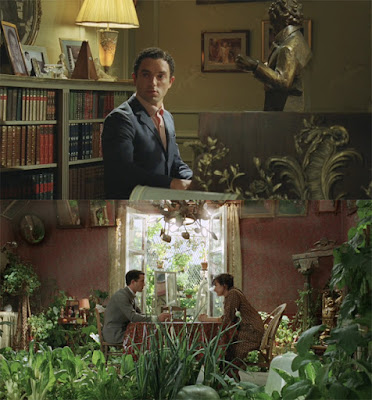 Delightfully odd and subtly whimsical, Attila Marcel marks a live-action debut for the acclaimed French animator Sylvain Chomet who brought us The Triplets of Belleville and The Illusionist. It is a story of a brilliant and traumatized man-child pianist, Paul (Guillaume Gouix, charmingly weird), who hasn't spoken a single word since the age of two, when he witnessed both of his parents' deaths.

Raised and overprotected by his late mother's spinster sisters (Hélène Vincent and Bernadette Lafont, both having a whale of a time), Paul is tortured by nightmares which hold the key to his most horrid childhood memory. With a little help from his shrewish hippy spiritualist neighbor Madame Proust (Anne Le Ny in a heartfelt performance) and her special herbal tea, he will finally be able to open the door to his troubled past. 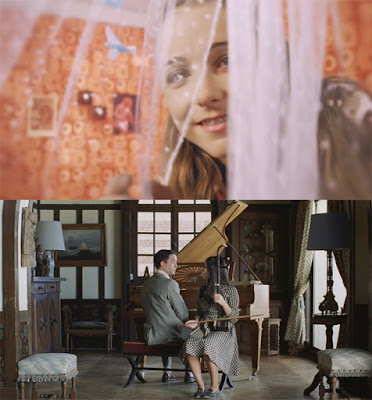 As his green-and-sad-eyed protagonist walks or rather, "trips" the road of self-discovery, Chomet spins a bittersweet coming of (belated) age tale and touches upon the themes of loss, love, family, illness, death, imposed wishes, domestic violence and the healing power of art. With a quirky blend of gentle, melancholic farce and hallucinogenic, candy-colored musical numbers he evokes the pleasant feeling of nostalgia and takes a considerable risk by sugar-coating some serious issues.

A major part of his eccentric dramedy's strength lies in the matching costume and production design, both decidedly retro-chic and imbued with meanings. (The contrast between the stifling orderliness of Paul and his aunts' apartment and the liberating chaos of Madame Proust's indoor garden is emphasized for good reason.) But, also powerful is the impact of magic-realist touches, such as the frog orchestra and the unforgettable amalgam of professional wrestling and tango.

Even though Chomet is better at directing the illustrated "frolics", his venture outside the comfort zone doesn't fall flat. Attila Marcel will probably strike a chord or two with the fans of Jeunet and/or Gondry. 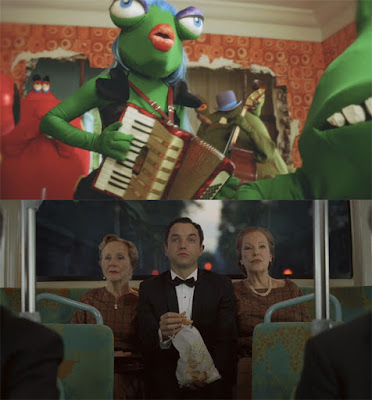