"A lifetime is like a flash of lightning in the sky,
rushing by like a torrent down a steep mountain."
(Buddha) 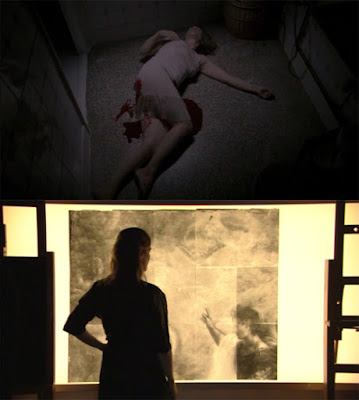 What follows Buddha's quote is a mesmerizing portrait of a terminally ill paintings restorer, Christine (Ellen Hillingsø), whose harrowing reality, lucid dreams and memories of a lover long gone are intertwined into a cinematic equivalent of a bleakly delicate hypnagogic hallucination - the art of dying is taken to a poetic extreme.

As Christine's inner world merges with the outer world, transforming its very fabric, her consciousness migrates into the ocean of the universe. The past, the present and the future become both eternal and fleeting One. By moving far, far away from the narrative conventions, Jytte Rex (Planetens spejle) creates a melancholic ode to life illuminated through the prism of death. Via double and triple superimpositions she establishes a disorienting atmosphere. 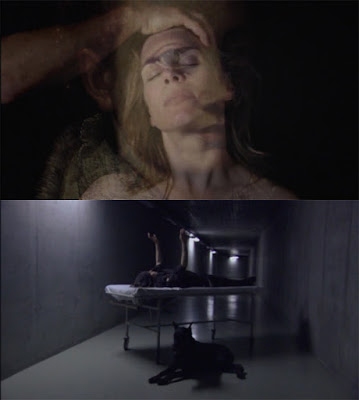 In order to depict her protagonist's state of mind crumbling under the burden of her malady, she even incorporates architectural elements and performance art. One such example is a tracking shot past the ladies of the night, a neon-tube swallower and a violinst gathered at a dimly lit waterfront, with some modern trapezoid buildings in the background. Its meaning(s) is (are) vague - actually, many scenes are quite puzzling and perplexing - yet it is beautiful in its mysteriousness!


Rex's film is, in the words of Christian Braad Thomsen, "a journey through our history of culture from Mevlana Rumis dancing dervishes in the 12th century Konya to modern ballet, from Leonardo da Vinci to Italo Calvino, from Handel to Arvo Pärt, and from the renaissance artist Sofonisba Anguissola to an astrophysicist who imagines that through a worm hole in the Andromeda galaxy we may watch the building of the Egyptian pyramids".

Thomsen's comparison with Tarkovsky is a little bit far-fetched, even though Silkevejen does have some similarities with The Mirror, but it wouldn't be wrong to say that it seems like a more fragile predecessor to Majewski's Onirica. 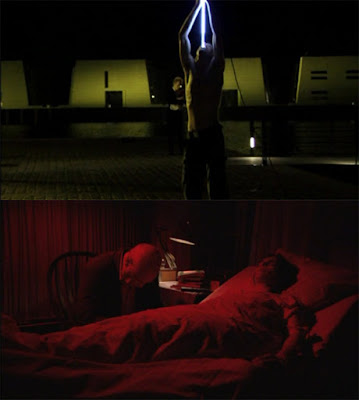