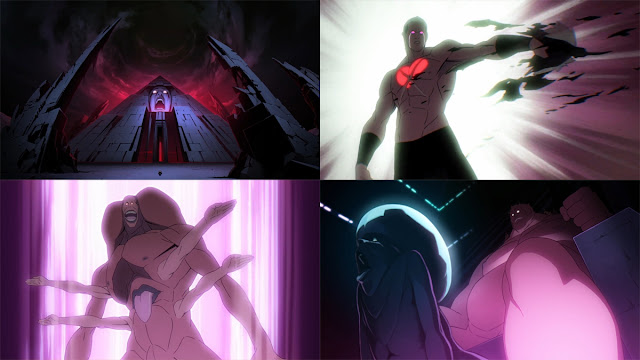 Embodying Jungian concepts of Animus and Anima in a tragic, archetypal (super)hero named after the famed psychiatrist and forced to embark on a post-apocalyptic road of individuation (well, sort of), this short series marks the most fascinating anomaly amongst the weirdest milestones in the history of (French) animation. Madder than Mad Max, heavier than Heavy Metal, wilder than Dead Leaves (apparently, that’s also possible), and gorier than the most notorious of ultra-violent old-school anime, such as Fist of the North Star, it revels in gratuitous transgression of the John Waters kind, decidedly vulgar iconoclasm that places a glowing halo over Ken Russell’s opus, and unapologetically hyper-sexualized / gender-non-conforming imagery that reaches its climax in a coitus of divine proportions.

Armed with a sharp satirical blade, it comes across as an absurdist, steroid-fattened, pseudo-philosophical parody of every (cartoon) show based on ‘magical transformation + monster of the week’ formula, but it simultaneously pays a loving homage to all those pulp action fantasies that it unabashedly draws (read: sucks in the most perverse sense possible) inspiration from. It employs repetition to a ‘running gag’ effect, as Jung – turned by his own despair into a broken-hearted legend of the wastelands (and accompanied by trans-femme version of Mary Magdalene) – faces the demons of Tenderness, Tolerance, Confidence, Charity, Compassion, Maturity and Fortitude, before the final duel against Little Jesus (alien creature that is, ironically, colossally obese) whose pink excrement produces eggs from which the villains are hatched. Did I mention the chainsaw-dicked henchmen, spiritualization of cannibalism and poetry recited in the rain of blood? And let’s not forget the esoteric influence of The End of Evangelion and the fabulously rampant flamboyancy that brings to mind Jojo’s Bizarre Adventure. If all of this sounds like too much, let me assure you it is, but it does operate like a well-oiled machine whose over-the-top / in-your-face appearance makes it one of the most boldly and subversively imaginative inventions. 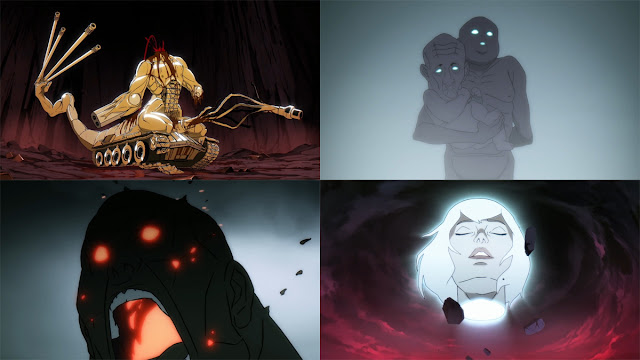