“Everything is a lie, my dear. Even the truth. Hasn’t your child taught you anything?” 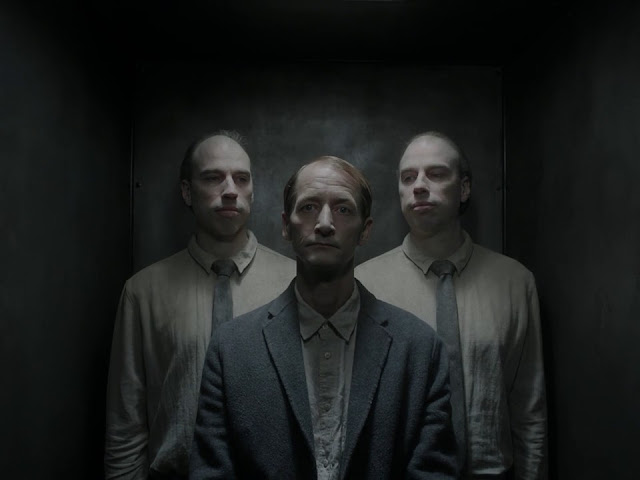 In an extreme long shot that marks the impressive opening and introduces us to the oppressive emptiness of the world in which the bizarre story is set, a man and his donkey traverse a barren field. After tying the animal to the lonely tree that defies the horizon line, the solitary figure dwarfed by the negative space advances towards a seemingly endless facade of a concrete building shrouded in the thick mist. Not knowing that all who enter there should abandon their hope, he walks into an existential inferno where little to nothing makes sense...

The very moment our hero – later addressed as the Water Inspector – finds himself inside the edifice, an annunciation of doom and gloom can be spotted in the discouraging expression of fear and despair on his face (the first of many rigorously symmetrical compositions that Hjort favors, and we can’t get enough of). And indeed, the simple task of reading water meters proves impossible, with the number of obstacles increasing through his encounters with eccentric residents, including silent twin brothers who become his shadow, the suicidal Accountant, the aggressive Tormented, and the Lady nicknamed Beast who believes that Creatures live inside the walls and can often be heard copulating. 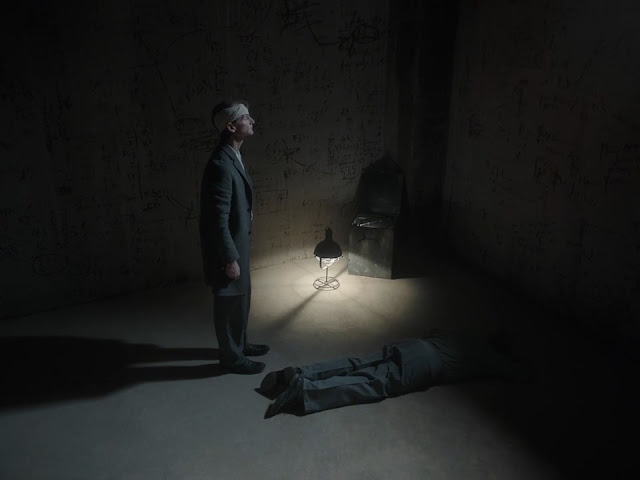 Apparently a huge fan of Kafka, particularly of his unfinished novel The Castle, and probably of Beckett too, the young and promising Danish auteur reflects on the absurdity (and pains) of human condition, as he touches upon the life-and-sanity-shattering effects of love, dead-end job, soci(et)al integration, absence of God, lack of communication, impossibility of individualism, and other people’s expectations. Proposing the idea that death is simply a continuation of a grim and eternal inescapability, he comes up with a film that philosophers will almost certainly want to dissect, and the wider audience can learn to appreciate if not love, all by virtue of acrid humor bits which the largely depressing, not to mention bafflingly surreal proceedings are cleverly laced with. Initially, he turns us into sadistically amused observers of the poor (or even pathetic) protagonist’s plights, only to make us realize it is our own tragedy that we laugh at, which surprisingly doesn’t affect the wideness of our smile.

Assisted by DoP Jacob Sofussen, he shoots with a formal discipline of Roy Andersson, and yet his striking feature debut is not just a carbon copy of the Swedish master’s recent work – on the contrary, Hjort goes further in both simplifying and darkening (or rather, graying) his mise-en-scène, utilizing certain camera angles that add to the stronger cinematic feel of his piece. If anything, The Penultimate is a natural continuation of his delightfully grim graduate short In a Month (2017) in which he demonstrates the natural talent for blending wry humor with thought-provoking themes and nightmarish irrationality of expressive, shadow-drenched visuals. Speaking of which, one must not forget to mention the awe-inspiring power of minimalist, Brutalism-inspired sets, and send kudos to production designers Sabine Hviid, Kristina Kovacs and Helle Kirstine Egsgaard who create an eerily claustrophobic, prison-like environment that supports and solidifies Hjort’s absorbing vision. Complementing the heavy atmosphere of metaphysical entrapment is the suitably haunting, and simultaneously weird and whimsical score by Sven Dam Meinild and Thomas Dybdahl. 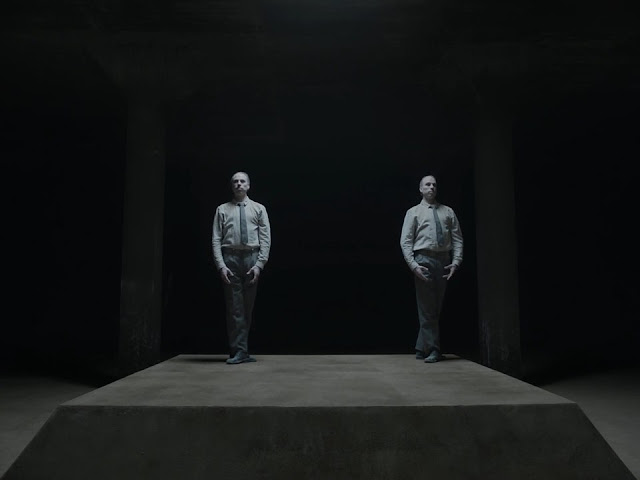