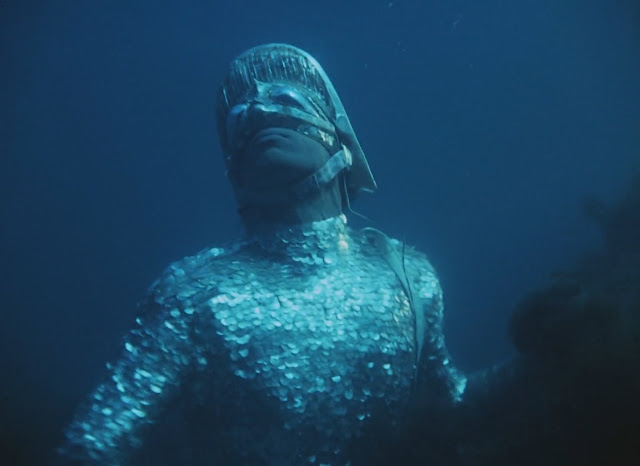 Based on Aleksandr Belyaev’s 1928 novel of the same name, Amphibian Man recounts the story of a youth, Ichthyander, able to live underwater by virtue of a shark gills transplant patented by his scientist father, Salvatore. Amongst the folk of a small port town somewhere in Argentina, he’s feared as ‘the sea devil’, but once we meet him without his glistening scale-suit, we realize that his appearance is much closer to that of an angel. When a local pearl collector, Pedro Zurita, learns of the boy’s superhuman ability, he tries to exploit him, and further complicating things is this bigwig’s beautiful bride-to-be, Gutiere, for whom Ichtyander falls head over heels... pardon, fins. 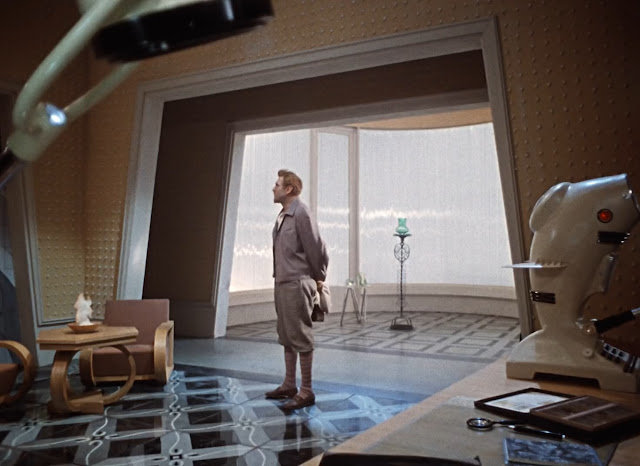 As Zurita’s capitalist possessiveness clashes with Salvatore’s socialist ideals and dreams of a sub-aquatic utopia, a forbidden love blooms and dooms the star-crossed lovers (portrayed by one of the most handsome leading couples in the history of Soviet cinema – Vladimir Korenev and Anastasiya Vertinskaya, in their commendable sophomore roles), particularly the ‘fish-man’ unaccustomed to the laws of land. “The sea is a gentle place. When there's a storm up here, the bottom is calm and peaceful.” – he claims at one point, inviting us to fantasize about the possibilities of trading air for water, and as a consequence, readjusting the human nature for the sake of equality. Told from his almost childlike perspective, the film seamlessly blends romantic melodrama with the elements of science fiction and adventure into a modern and endlessly charming fairy tale which can be described as a gender-swapped version of The Little Mermaid with a dash of Shakespeare and Verne. 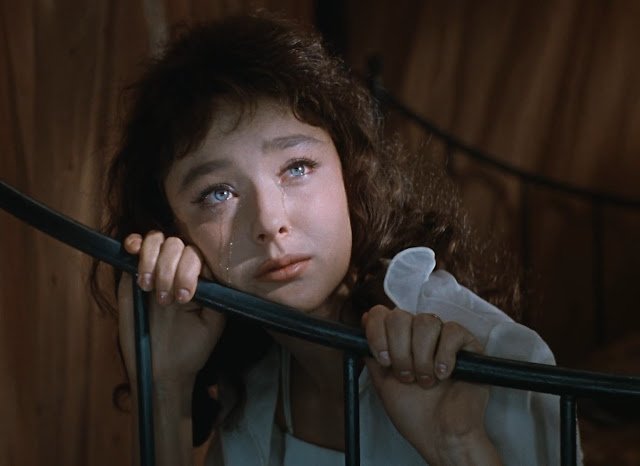 Brisk pacing by virtue of Lyudmila Obrazumova’s superb editing makes Amphibian Man quite an enjoyable watching experience elevated not only by the magnetic screen presence of its stars, but also by Vsevolod Ulitko and Tamara Vasilkovskaya’s modest, yet remarkable production design that puts a retro-futuristic twist on the interior of Dr. Salvatore’s meticulously furnished home, and conjures a Latino illusion around the locations of Crimea peninsula and Azerbaijan’s capital, Baku. Lending an air of dreaminess to the visuals is Eduard Rozovsky’s softly lit cinematography that is most elegant and compelling in numerous underwater scenes, whereby Andrei Petrov’s lavishly eclectic score, featuring energizing jazz tunes, dramatic orchestrations and mysterious ambient tracks, sets the right mood and subtly intensifies the emotional core. And you can call me crazy, but I heartily recommend this light, yet impactful flick as a ‘bridge’ in a triple bill with Creature from the Black Lagoon (1954) and The Sea Prince and the Fire Child (1981). 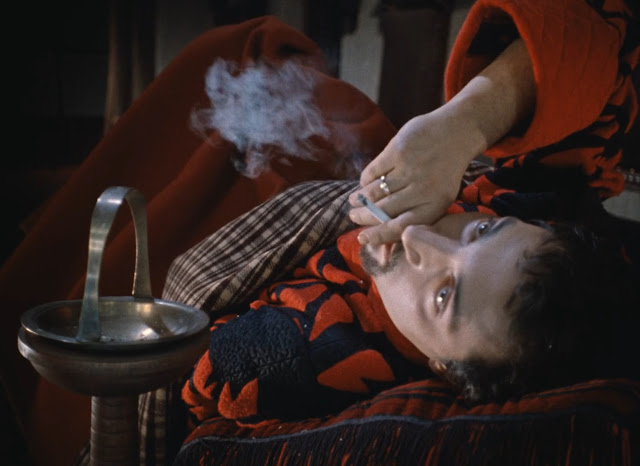