Set in a ramshackle fictitious village of idiotic dwellers, bizarre customs, bleeding walls, dancing shadows and seemingly eternal night (followed by a hopeless dawn), Adilkhan Yerzhanov's absurd, surrealistic drama peppered with wry, black humor serves as a hyperbolic allegory of a corrupted, self-destructive society (which also praises stupidity), and feels as if it were written by Kafka in delirium, adapted by Beckett high on antidepressants, and directed by Majewski's angsty twin who eschews camera movement in favor of oppressive mood, and has a knack for transforming his darkest dreams into a quirky, noirish, mythical, dimly lit and delightfully off-the-wall cinematic (un)reality. 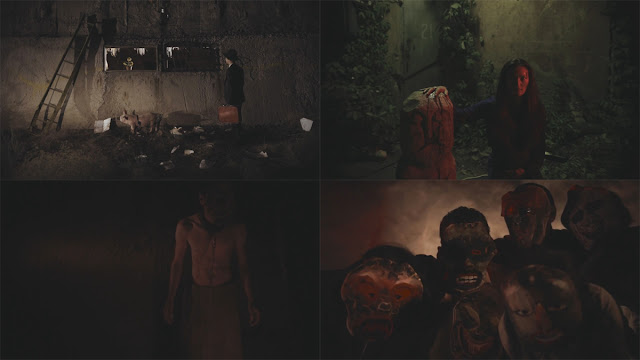