Introduction by Kinoskop founder Marko Milićević.
The third Kinoskop spinoff focuses on the 'raw' materiality of film, introducing some of the titles in which dancing film strips and flying sprocket holes make the narrative, transform the visual-scape, or further break the illusionism of cinema.

First in line is the masterful Films to Break Projectors by Iloobia, which uses digital stop-motion animation to show what analog projectors can't possibly handle, in which its author intervenes with his meta-cinematic 'Magick Hand' to create a new media-scape, made of surreal collages / film loops driven by a quirky / absurdist soundtrack.

At the forefront of contemporary found footage experimentation, widely acclaimed Outer Space by Peter Tscherkassky examines the hauntological ghost of cinema and the carcass of the film apparatus, through a meta-horror narrative made of Barbara Hershey's performance in The Entity, translated into a claustrophobic visual cell in which each of her screams is punctuated by a scratch on the film, a gaping void of the film sprocket, or the sounds of the abrasive optical soundtrack.

More spicy analog experimentation is present in Nanolab founder, Richard Tuohy's Ginza Strip, centered on the particular 'Chromaflex' process which allows parts of the film to turn out colour positive, colour negative, or black and white, thus creating myriad of ways to transform a walk through Tokyo's Ginza district into a lush and ever-changing visual carousel.

Péter Lichter's Look Inside the Ghost Machine further explores the mechanical apparatus of the cinema with a magnifying glass, by presenting us a surreal ballet of 'pure cinema', made of flickering, dancing film strips and end frames dug from early cinema, vivisecting the celluloid ghosts from the past in a manner which is surgically precise and hypnotically messy at the same time.

Click on the titles to watch the films!
Total duration: 31' 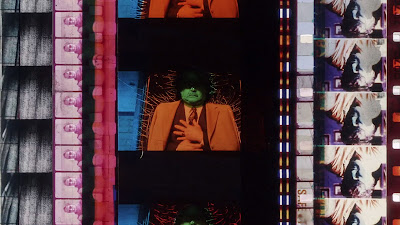 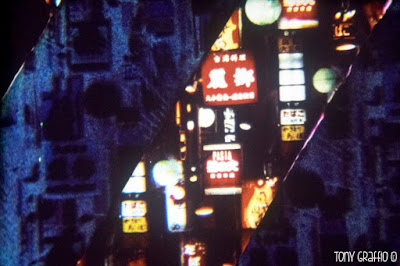 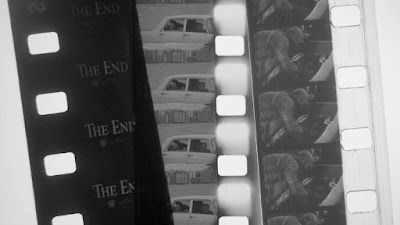 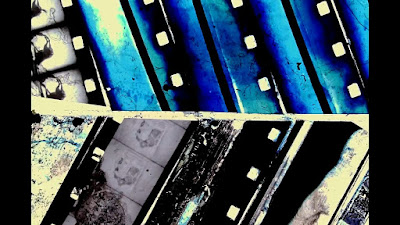