Fully in command of every single frame she graces with her presence, Isabelle Huppert brings the inimitable composure, as well as a wide range of trademark micro-expressions and impenetrable glances that speak several languages to the role of the wicked stepmother, Maud, in Anne Fontaine’s naughty modern take on the Grimm Brothers’ most adapted (and my personal favorite) fairy tale. And when she is out of the picture, so to say, utterly magnetic Lou de Laâge as Claire (i.e. this version’s very own Snow White), seduces seven suitors and the viewer not only with her gorgeous looks, but also with an intoxicating aura of overwhelming daintiness, burgeoning desirability and youthful energy, as her heroine – surrounded by an aura of innermost light – explores the newly discovered lust for life.

At turns dark and funny, innocent and sexy, mysterious and mundane, slyly highbrow and deliciously campy, Pure as Snow interweaves the age-old themes of vanity and jealousy with that of female sexuality and liberation, subtly reconfiguring the original story for the post-feminist times. Fontaine’s playful and to a certain degree quirky direction with occasional winks to Breillat, De Palma and Ozon finds a perfect match in Yves Angelo’s striking cinematography which beautifully captures the crimson reds of Maud’s garments and perpetuates breathtakingly verdant vistas surrounding a cozy, inviting mountain town whose men fall under Claire’s spell. As they make love to her, some literally, others through soothing conversation (biker priest) or sensual Bach-playing (hypochondriac cellist), their weaknesses emerge to the surface in quite sympathetic ways, making the girl of their dreams even more ethereal. 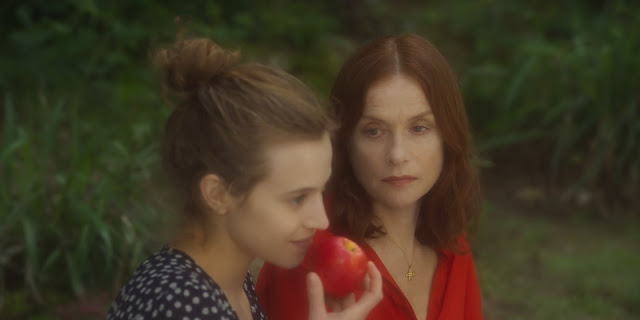