The end of November in Belgrade will be marked by the soft flickering of grainy imagery in the dark, all by virtue of Kinoskop - the first international festival of analog cinema and audio-visual performance. For me, it is a great honor to debut as a curator of such an event, so I'll take this oportunity to express my utmost gratitude to Marko Milićević - one of the founders of the Kino pleme, film lab equppied for working on analog film formats - who initiated the said festival and kindly invited me to join him on this 'analog adventure'. Call for entries has been opened and several pieces has already been submitted!

We’re accepting films (shorts, features, animation and documentary) shot on / which integrate (found footage) some of the following formats : Super 8mm / 16mm / 35mm  which can be send in digital copies via our e-mail : kinoskopfest@gmail.com

Films should be made since 2018 and with no limitations in length and can be sent as a passworded Vimeo link, or via Dropbox.

Films will be awarded in the categories : Grand Prix, Best Soundtrack and Audience Award. Members of the jury will be announced on our page and website.

Deadline for submissions is November 10th. 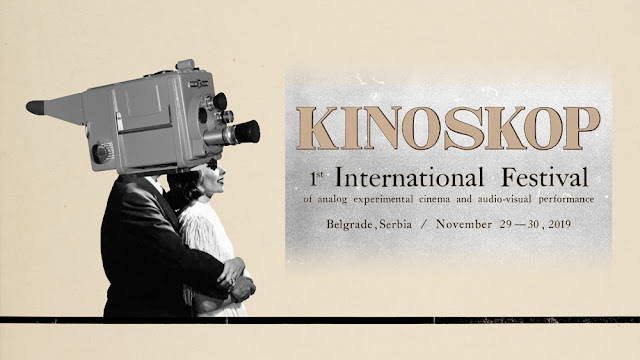