☼☼☼☼☼☼☼(☼) out of 10☼
"Hearts are wild creatures. That's why our ribs are cages." 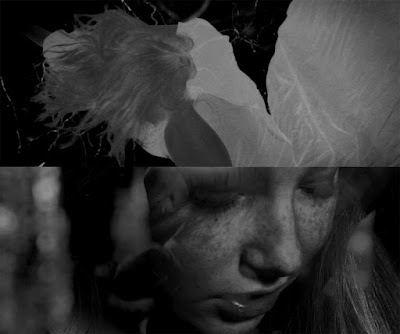 And love is both (self-)destructive and life-affirming force in this short experimental film by the German director Rene Zhang. Co-scripted by the starring actress Chara Valon, Wild Creatures provides pure audio-visual experience, sans dialogue.
Impressively lensed in brooding, high-contrast black and white, it tells a poetic, ambiguous, almost impenetrable story involving a woman lost in The Woods, caught by The Storm and bound to The Earth in which she will eventually rot (writer's note: capitalized words stand for chapter titles). Occasionally, we see her (other self?) in the company of a child (the androgynous Jeffrey Pudel) whose character - like the narrative itself - is open to various interpretations.
The scenes with the two of them sharing precious moments, laughing, crying and hugging, may be her memories, wishful thinking or spiritual inner workings, whereby the heroine's reality is portrayed as gradually deteriorating. A veiled, saint-like female of an underground cathedral (which is more a symbol than an architectural object) and an ominous male figure offering false comfort add another layer to the mystery that borders horror once the meaty practical effects come into play.
Featuring some neat CGI, the enigmatic proceedings take the form of a music video married to performance art (which some viewers will find distracting), yet Zhang's stunning cinematography and Valon's magnetic presence never loosen their grip. Also praiseworthy is Julian Kantus's inspired, ethereal score complementing the surreal, gothic atmosphere that invokes the darkest of folk tales.

Wild Creatures is available at Vimeo on Demand. 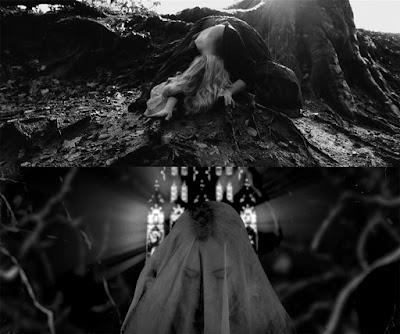