"I give the rainbow to you. Right. Now." 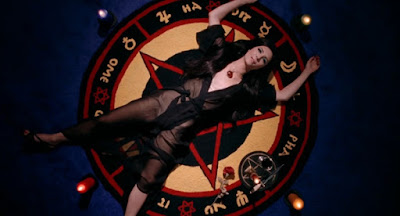 The moment you see Elaine sporting raven-black hair, blue eyeshadow and a red dress that matches her convertible (as well as the purse and a cigarette pack), you are bewitched by her ravishing beauty. But, that is only natural, considering she is the titular love-and-attention-hungry anti-heroine reborn as a witch, after her husband "left her" (read: died under very suspicious circumstances). 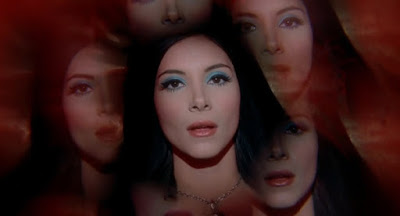 Proclaiming she wants to start afresh, only to continue in her old black widow ways, Elaine (magnetically portrayed by the playful Samantha Robinson) arrives in a small town "where no one knows her" and moves in a Victorian villa with violet facade and delightfully kitschy interiors decorated by Wiccan ornaments. In an over-lunch conversation with her new friend and, later, semi-rival Trish (Laura Waddell), she spouts about sex and men as if "she'd been brainwashed by the patriarchy" which is all a part of Anna Biller's cunning strategy. 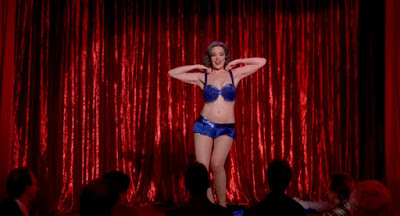 Concealing a sharp feminist edge in and between the deliberately tacky lines of dialogue, the director (who holds full creative control, being writer, editor, producer, composer, costume and set designer as well) delivers a female fantasy which will have all men's eyes glued to the screen, thanks to Robinson's seductiveness. (Not to mention there are a few more attractive and occasionally naked ladies in supporting roles.) Lovingly paying homage to campy exploitation films of the 60s and early 70s, while simultaneously keeping in touch with our times through the ideas and a few modern day details, she (almost perfectly) amalgamates "romantic" melodrama with supernatural pin-up thriller all sprinkled with a good deal of tongue-in-cheek humor. 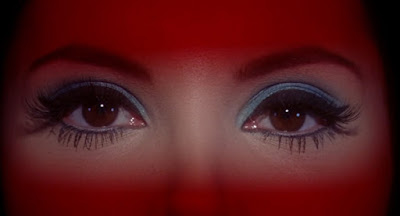 There are arguably fifteen minutes or so that could have been cut, but The Love Witch is so gorgeous in its pseudo-occult, brightly colored simplicity that you have to forgive Biller for wanting to keep as much material as possible. Her kaleidoscopic artwork (including a handmade pentagram rug, inter alia) is stylishly captured by DP M. David Mullen who shoots on a 35mm camera, making the stunning visuals even more effective. On top of that, the lighting, the effects, stilted acting, the protagonists' physiognomy and a few fittingly groovy tracks borrowed from Ennio Morricone scored soundtracks all complement the desired atmosphere. If you get a chance, feel the magic on the big screen. 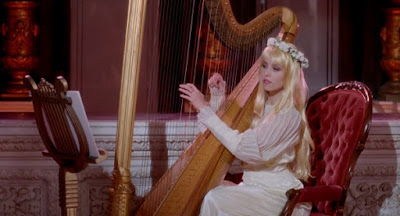