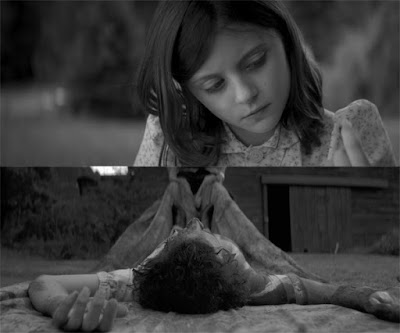 Gorgeously shot in digital B&W and veiled in deep silence and unnerving drones, The Eyes of My Mother is, technically speaking, an impressive calling card for the 26-year-old newcomer Nicolas Pesce. However, it is a difficult film to recommend, whether you are a horror fan or belong to the most patient amongst the arthouse crowd.

As a little girl (gracefully portrayed by the first-timer Olivia Bond), she learns the basics of human and animal anatomy from her elderly, former eye surgeon mother (Diana Agostini) who gets killed in front of her not quite innocent eyes. When a reticent daddy (Paul Nazak) returns home, the body of the dead woman is buried in the forest and the perpetrator (named Charlie and played by Will Brill) becomes Francisca's chained pet. 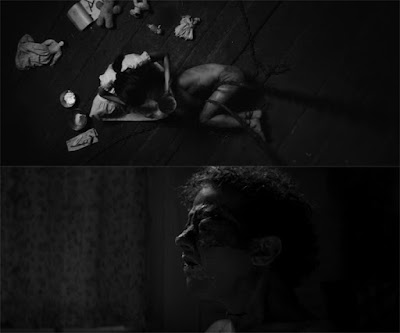 Years later, the (anti)heroine (the conspicuous low key performance by Kika Magalhaes, ominously ethereal) indulges in daughterly necrophilia tendencies (possibly cannibalism as well) and believes that murder feels amazing as Charlie told her before she took his eyes and tongue. Her lonely existence and deranged mind make for a deadly combination, especially for those wretched, unsuspecting souls lured by Francisca's misleading naiveté.

Frighteningly methodical, just like his protagonist, Pesce splits the spare, cryptic and lethargic narrative into three acts which pervert the very idea of 'mother', 'father' and 'family'. Considering the story is told from the fucked-up individual's POV, he manages to set the right (or rather, awkward) tone to it and yet, sporadically, it seems like the film's short running time should be even shorter. Why? Well, it is hard to pinpoint - maybe it is not interesting enough as a characters study, in spite of Magalhaes being committed, or maybe it's the minimalist plot stretched almost to the breaking point.

On the other hand, DP Zach Kuperstein's meticulous framing make the young aspiring auteur's stylistic exercises in subtle indications, precise cuts, overcoming the location limits and letting the viewer to connect the dots (with plenty of missing ones) a real pleasure to watch. The gloomy, hauntingly enthralling imagery evokes a funereal atmosphere, while fado interludes inject a healthy dose of melancholy and elevate The Eyes... to poetic levels.

If there's a moral to Pesce's debut feature, it must be: "Thou shalt not raise thy child in the middle of nowhere, with no friends and a chained murderer in a barn." 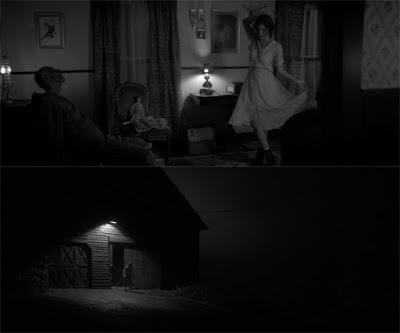