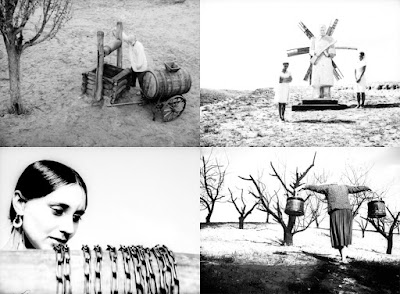 Gloriously shot in black and white half a century ago, but not released until 1987, Ilyenko's directorial debut is a profoundly melancholic ode to human fragile existence. Aptly titled A Spring for the Thirsty (originally, Криниця для спраглих), this film is a well of pure and sublime beauty, that is waiting to be drawn and enjoyed by thirsty cineastes.


It follows the story of an old potter leading a secluded life in a remote Ukrainian village, hopelessly trying to find comfort in recurring dreams and fading memories. His only company is a wellspring, once used by the armies of passersby and now a simple relic of a brighter past. While yearning for a grim reaper's touch, he is visited by his indifferent adult sons and a pregnant daughter-in-law, who brings a last smile to his face.

A desolate reality, floating reveries and gloomy hallucinations are subtly interweaved into a boldly poetic stream-of-consciousness narrative, with overexposed photography serving as a "phantasy indicator". The words are sparsely used, allowing gorgeous monochrome compositions to do all the talking. The themes of solitude, the transcience of time and the inevitability of death, which is personified by a grumpy crone, are explored through metaphors and symbols, whilst even the most banal actions and mundane scenes possess a hypnotic quality.

Ilyenko constantly blurs the line which separates the abstract from the concrete, never losing against cheap sentimentality. Reminding us of our own mortality, he creates a sophisticated, if not captivating drama and introduces a few a capella folk songs to evoke an atmosphere of solemn nostalgia. Simultaneously personal and universal, distant, but kind, his film is the cinematic equivalent of a grandmother's tearful face - one of the most touching points of this visual masterpiece. 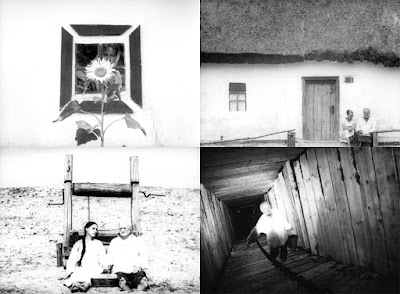