Impressions after first three encounters with the (magnificent!) work of Nikos Papatakis.

A Shakespearean ‘tragedy’ goes completely nuts in Nikos Papatakis’s increasingly wild and weird rural ‘romance’ that has everyone from the Greek state to Orthodox church to both haughty rich and superstitious poor squirming under his sharp satirical blade. Given that this is my first (and most certainly not the last!) encounter with the director’s work, I can only (try to) describe it as an impish bastard child born from the orgies of Italian neo-realism, Felliniesque bizareness, Panic Movement-like chaos, and dark humor of YU Black Wave. Constantly moving into unexpected directions, with gorgeous B&W visuals and dissonantly haunting score serving as anchors, Thanos and Despina aka The Shepherds of Calamity is not only a highly sophisticated piece of cinema, it is also maddeningly entertaining! 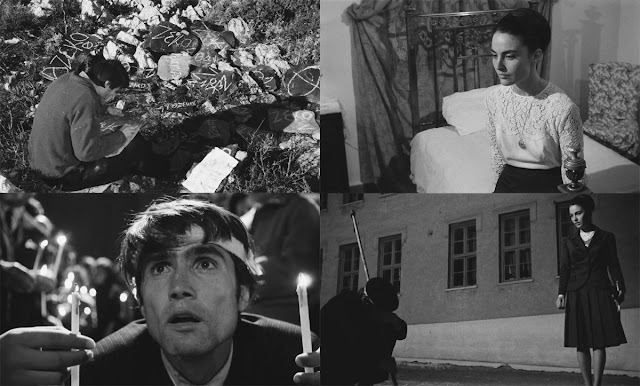 “Who is really guilty here?”

Anarchic energy, Buñuelian provocation, Nouvelle Vague audacity, and Beckettian sense of the absurd cross paths, intertwine and collide in this discomforting, nightmarishly surrealistic anti-authoritarian masterpiece shot with an artist’s eye for composition, directed with a confrontational verve, and propelled by powerful performances, particularly from real-life sisters Francine and Colette Bergé whose rebellious, rightfully defiant characters embody loud shrieks of the exploited and oppressed. 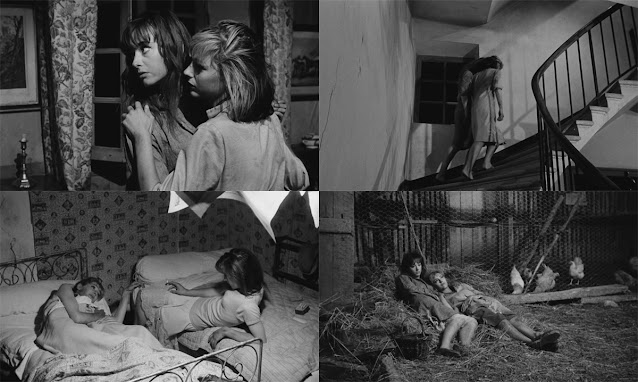 “No one has the right to stop the game of life and death of those who have only that.”

Almost a decade after her big screen debut in Thanos and Despina, Olga Carlatos joins Papatakis once again, in an overwhelmingly unhinged and uninhibited performance that foreshadows Isabelle Adjani’s take on the demanding role in Żuławski’s cult horror Possession. Her Palestinian actress and revolutionary character, Galai, whose humiliating treatment may be easily misinterpreted as a misogynist transgression carries a great portion of the harrowing drama that bursts with anti-colonialist anger, reprimands (or rather, gleefully pisses on, pardon my French) petty-bourgeois hypocrisy, and throws a bunch of satirical darts at arrogant movie producers.

Inflammatory and unapologetic, Gloria mundi is not an enjoyable watch – it is a gritty, grating, visceral, no-holds-barred experience that mercilessly pushes you out of your comfort zone, and as its English title suggests, plunges you into the heroine’s hell where the boundary between reality and fantasy is increasingly blurred. Intensifying discomfort is the grim setting of deliberately deglamorized Paris whose earthy palette is only occasionally punctuated with vivid colors, not to provide relief, but rather to elevate provocation to a whole new level. Grainy cinematography and dissonant soundscapes towered by tormented screams further stir up the chaos of the film’s twisted world that is both radical and shocking even today. 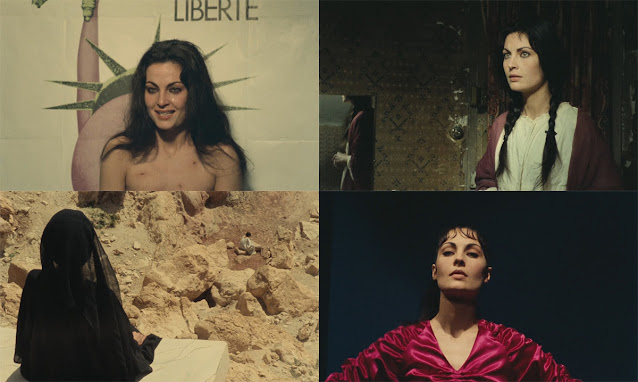