This film is a part of FICUNAM selection, available for FREE viewing on Festivalscope until March 14, 2017.
☼☼☼☼☼☼☼☼ out of 10 ☼
"The earth still moves, under the torsion of the serpent." 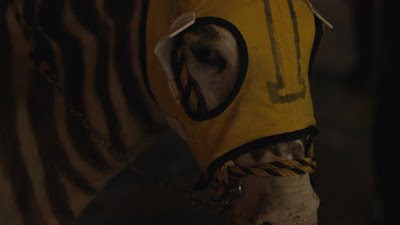 The film is first and foremost a VISUAL MEDIUM, and Pablo Chavarría Gutiérrez - a self thought filmmaker with a degree in Biology - knows and understands that pretty well. Favoring associative imagery over all other aspects and defying the conventions of dramatic structure (in a similar, yet different way than his fellow countryman Carlos Reygadas), he creates a new cinematic language, both universal and obscure.
Still the Earth Moves (La tierra aún se mueve) is akin to a foggy and occasionally nightmarish dream replete with disorienting déjà vus and non-sequiturs. Deliberately paced, decidedly non-narrative, with sparse dialogue and absolutely no characters in a traditional sense, it is "the neverending simulacrum" of what "just burns and can't be said"; "the excess of life" as seen through the eyes of an alien or a supreme entity suffering from an unknown psychological disorder. A love-or-hate affair, it is a work of abstract art featuring dancing lights, a dead baby bird, people at a busy fair and a turtle laying eggs (framed from the most unpleasant of angles), inter alia.

In one particular scene which oozes with Lynchian dread, a man enters a pitch-black zone of a curved street and comes out as a dog, while a phantom car freezes after passing by a lamppost. Soon afterwards, a young woman stares through the window, waiting, hoping, yearning and/or mourning in a passing moment of self-reflection... Oft-blurred and rippled, these tableaux vivants seem simultaneously poetic, elusive and meditative, and even when they depict the most banal situations, there's something awfully off about them.
One can say that Gutiérrez tries to reach for the ultimate answers hiding in the dark, given that most of the action happens during the night. It's quite possible that he reminds us of the irrelevance of human beings, while chasing after shadows. Whatever the case of his pushing the limits of cinema may be, the trippy, otherworldly experience he provides is of a rare kind these days. Also commendable is his ability to make the most of a tight budget and deliver plenty of great-looking shots, intensifying the (pseudo) mystery surrounding his visions with the immersive cacophony of sounds. 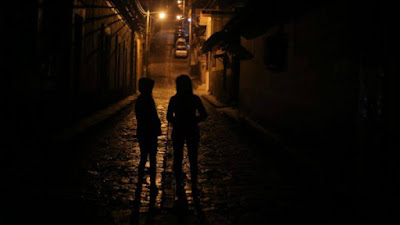