"Deep into that darkness peering,
long I stood there wondering, fearing..."
(excerpt from Raven by Edgar Allan Poe) 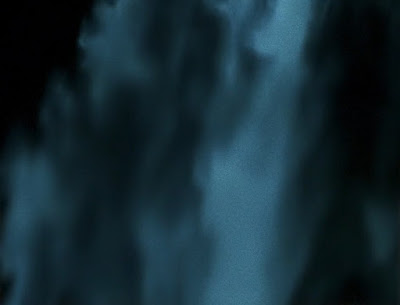 Probably the blackest film about (the soul/essence/silence/grim side? of) Mother Nature, Sleep Has Her House marks a fascinating feature debut for the Welsh-born, London-based artist Scott Barley. Plunging us as deep as possible into the darkness both frightening and intimate, he provides one of the most unique watching experiences in years. And the keyword is definitely 'experience'. 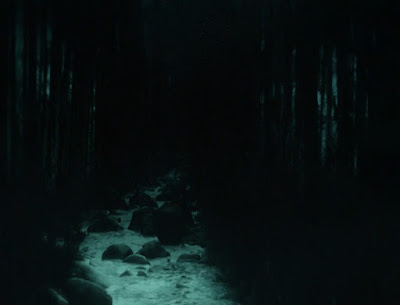 Describing his genre-and-boundary-defying experiment is quite a task, but let's try something along these lines: If Béla Tarr (of some parallel universe) had been asked to create an hour and a half intermission for the National Geographic after-midnight broadcast, the resulting opus would have certainly felt close to Barley's cinematic phantasm in which "the shadows of screams climb beyond the hills". 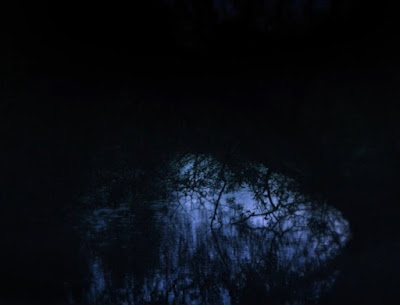 In the seamless blend of intricate artwork and long, static shots of a lake, river, waterfall, night sky and thick coniferous forest shrouded in fog, there is an unknown entity hiding in the air, behind the trees and below the water surface. Once you sense Its presence, It sends shivers down your spine and, simultaneously, you find comfort in letting It grab you and consume you entirely. Is it the energy emerging from Cosmos dreaming or the whisper of a dead, ancient God? Or could It be the negative reflection of Lovecraftian dread? It's hard to tell. 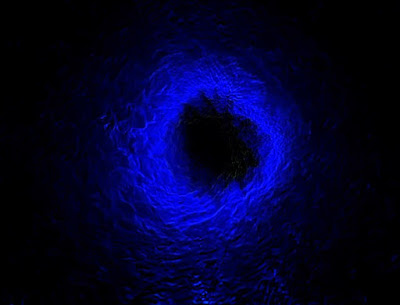 To paraphrase Nietzsche: if you gaze long into the abyss (of Barley's swell illusion), the abyss will gaze back into your dormant anima, giving her nightmares above any mortal's comprehension. As you might have guessed so far, there's no conventional narrative or characters in this exploration of cloaked, tenebrous, impenetrable 'otherness'. The very notion of those aspects is obscured by the Moon's timid rays, an owl's piercing eyes, the stillness of roe's corpse, the soaring thunder which announces the End and even by the small intrusions of light.

Slow, moody, brooding, mystical, occasionally eerie and yet, soothing and life-affirming in its death-like stupor, the oddly titled Sleep Has Her House inspires another rephrasing, this time of van der Rohe's slogan: dark is more.

(The film is intended to be seen in complete darkness,
with headphones.)
Објавио Nikola Gocić у 2:46 PM