(This double mini-review might seem like an odd coupling, but in fact, one of both movies' focal points is a feeble human anima...)

Under Electric Clouds (Под электрическими облаками, 2015) by Aleksey German Jr. indulges in philosophical meanderings through the soul's labyrinth. Set in 2017, exactly one hundred years after Russian Revolution, it takes an uncompromising look at the state on the verge of another war. With a "glorious" past almost forgotten by millennials, a desolate present and an uncertain future, its citizens wander aimlessly, appearing as disoriented ghosts stuck in a bleak limbo.

Through its episodic and elliptical narrative, this harrowing arthause SF-drama introduces several characters of different age, gender, social status, occupation and sensibility, exploring their country's moral, spiritual, cultural and intellectual downfall. An unfinished skyscraper skeleton, barely visible through the dense fog, stands tall (and eerie) as a symbol of pre-apocalyptic Russia, affecting miserable existence of a Kazakh construction worker, tycoon's inheritors, a real estate agent, a museum curator, a drug addict (Chulpan Khamatova playing young man) and an architect. (The latter thinks his profession is pointless and gets the sourly funniest segment, containing the song about Mickey Rourke's dead dog.) Their often cryptic and absurd dialogues, occasionally with deceased friends and acquaintances, could be seen as paragons of the feature's impenetrability. Bressonian acting only adds to already leaden and stifling atmosphere, reminiscent of Hard to Be a God, a testamental film by director's late father.

While holographic ads, promising false hope, are projected onto the grey skies, the protagonists underneath are lost in desperate attempts to find someone, or at least something, to hold onto. The surrounding is shrouded in unbearable silence and it reeks of decay, heightened by adverse weather conditions. The overwhelming dreariness, pierced by tiny bits of wry and dry humor, propels the darkest of thoughts and demands a superhuman patience, but beautifully framed long takes and poignant ending soften the coldness of German's relentless vision. 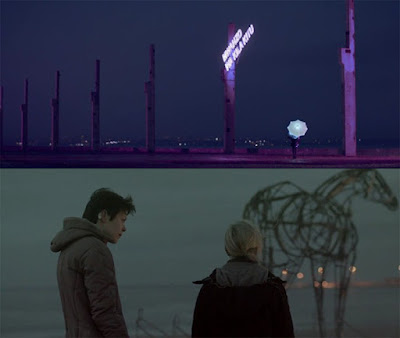 In Jae-hyun Jang's full-length debut The Priests (or Black Priests, in a Korean title's literal translation), Father Kim (Yun-seok Kim) and Deacon Choi (Dong-won Kang) strive to save the soul of a comatose high school girl (So-Dam Park), believing she has been possessed by an evil spirit. But when they try to free her from the clutches of a nameless demon, they realize he is far more powerful than they ever thought. (And not to mention he's a polyglot and clairvoyant!)

In the clash of Eastern and Western culture, young director smoothly balances between subtle dark humor and gripping, if predictable dread, while paying a heartfelt homage to The Exorcist. With an interesting and quite unlikely duo leading the audience through the proceedings, he knowingly combines buddy movie tropes and supernatural horror, bringing some action to film's suspenseful crescendo. Hints at possible sexual abuse render Kim's character ambiguous, so the sympathy goes to Kang's naive, yet capable rascal Choi, whose tragic childhood loss is evil's favorite delicacy. As both innocent victim and vicious villain, Park is probably the most convincing of all the actresses who were walking down the same lane as barely adolescent Linda Blair.

Even though Jang stays far from reinventing the sub-genre, oriental spices make for an exotic taste - there's a shamanistic appetizer with a bull's head prior to the main course, involving a piglet and cats, crows and cockroaches gathering. Being born in the year of the tiger also carries great importance, as well as playing a CD of Bach's music. Tight visuals, especially during the exorcism parts, once again demonstrate the immense strength of the modern South Korean cinematography. The Priests has more than a few spare minutes in the first half, but its second half's intense atmosphere is a solid compensation. 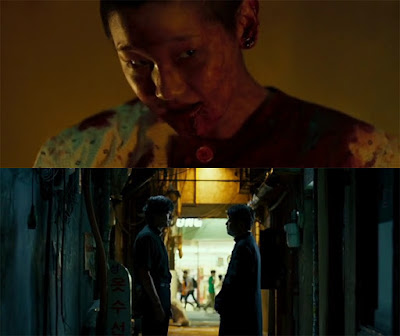