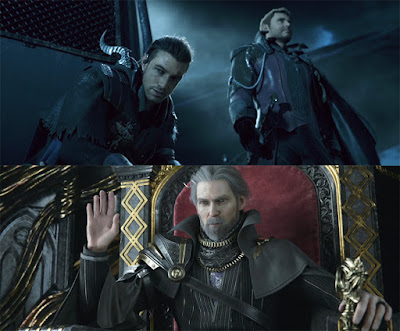 Firstly, a few words of honesty. I haven't played any of the games in nearly three decades running franchise of Final Fantasy, and yet I am quite fond of the previous big screen adaptations, severely underrated Spirits Within and arcane Advent Children. The third feature's trailer promised another great example of state of the art computer generated imagery and in that department the final product delivers and it does so in abundance. But, what about the rest?

Well, if you're expecting a groundbreaking narrative and the characters to root for, you're likely to be very disappointed. Storywise, Kingsglaive brings as much quirks to the table as for a small breath of fresh air in a never ending struggle of good vs evil. It focuses on a long-term conflict between the kingdom of Lucis and the empire of Niflheim (the names speak for themselves), with the 'glaive' (elite soldier in possession of cool ninja-like abilities) Nyx Ulric as our main hero - brave and zealous.

Borrowing from the world myths, Shakespeare, Tolkien, Lovecraft and adding some Hollywood one-liners and corny dialogues into the mix, it makes for a campy, but tasty hodge-podge of high fantasy, SF, action and drama. While tackling a variety of subjects, like friendship, loyalty, betrayal and the corruptive effects of power, political maneuvers and high-octane battle sequences are interwowen into a glossy spectacle. One might notice the references to the interplay of global forces, as well as real-world issues, like terrorism and immigrants, or it could be just me seeing something that is not there. 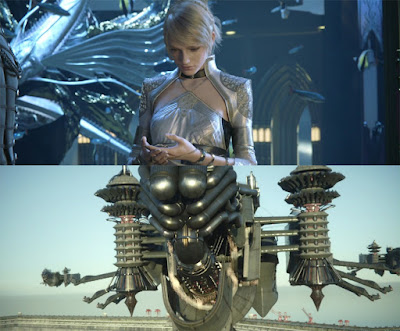 In spite of both protagonists and antagonists being archetypal, often with unclear motivations and antiquated attitudes, Kingsglaive doesn't suffer too much. All the credit for "relieving the pain" goes to the voice talents of Sean Bean, Aaron Paul and Lena Heady, amongst others, and extravagant names of actors' "alter egos", such as Regis Lucis Caelum, Lunafreya Nox Fleuret, Libertus Ostium and Ardyn Izunia. And this is probably the best moment to mention that most of the action happens in a metropolis called Insomnia.

Speaking of sleeplessness, the movie never feels yawn inducing or hard to follow, even though Nozue and his screenwriter Takeshi Hasegawa try to cram loads of information into a limited time frame. Their "mess" is beautiful and accessible thanks to the conjoined efforts of alchemists behind gorgeous visuals. Combining high tech with ancient magic, gothic, art deco and XXI century architecture, tentacled monsters and shiny Audis, they build a magnificent world and then plunge it into chaos of kaiju proportions. Meticulous hyper-realistic animation, that uses motion capture to a great effect, is of an cosmos-shaking kind, although lip-syncing is not always on the spot...

So, with all its highs and lows and harsh comments from meta-critics, Kingsglaive is worthy of spending two hours, especially if you have a sweet tooth for eye-candy crafted in Japan. 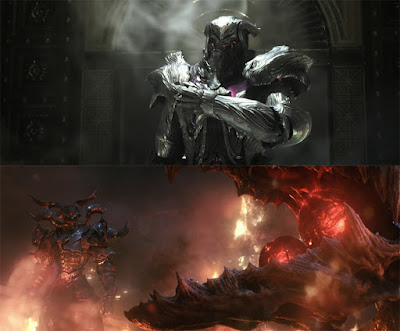