The following short reviews are for the three out of ten films which are being screened (for free!) at Arte Kino Festival (click for more details) until October 9th. A few days left, so book your ticket!

In Wild by German actress-turned-director Nicolette Krebitz, young IT specialist Ania (Lilith Stangenberg) meets a wolf at the outskirts of her drab town, on the way to work. Progressively, her fascination with the beast transmutes into a dangerous obsession, so she, burdened with family issues and by a position of a lowly lapdog-secretary for her boss Boris (Georg Friedrich), decides to cut all ties to civilization.

What could have easily become an urban fairy tale - a twisted version of Little Red Riding Hood or The Beauty and the Beast - stays deeply rooted in reality until the credits roll. And to make us sure we're not in a realm of fancy, Reinhold Vorschneider keeps the visuals intentionally murky (and not very attractive). The story of liberating oneself from all the inhibitions could be read from a feminist point of view, as it raises a question of woman's survival amongst the human predators. It seems simple and yet it brings a psychologically complex and disturbingly erotic drama, whose forte lies in a brave performance by Standenberg. In the course of a "bestial" romance blooming, the audience is faced with a dilemma: Is it madness, true freedom or even both that we see? The answer probably lies within Ania's enigmatic smile. 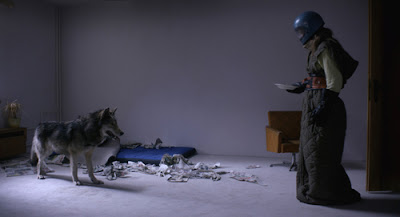 John From by a Portuguese director João Nicolau explores the theme of obsession as well, albeit in a lighter fashion. Set to the rhythm of a bored young heart, this quirky romantic drama focuses on a fifteen year old Rita (Julia Palha in her first big screen role) who develops a crush on a new neighbor - a much older professional photographer Filipe (Filipe Vargas). After visiting the exhibition of his shots in Melanesia, Rita sees him as the adventurer and with that image in her mind she slowly slips away into the world of unrestrained imagination.

Brimming with colors which reflect the joy of youth, this lovely film gets progressively weirder and, eventually, it morphs into a surreal and exotic fantasy, but keeps its charms and candidness intact. Beautifully framed, an idiosyncratic portrait of maturing and sexual awakening radiates innocence not entirely lost. Rita's "partner in crime" is her best redhead friend Sara (Clara Riedenstein, another debutant), with whom she develops a "secret language" and treats their favorite songs' titles as an oracle. The great chemistry between the two talented actresses, complemented by an infectious deadpan energy of Nicolau's direction, makes for a pleasant viewing experience. 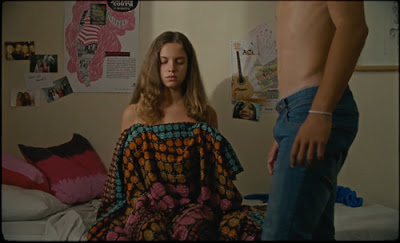 And the best for the last is Pietro Marcello's Lost and Beautiful (Bella e perduta) which was conceived as a documentary on farmer Tommaso Cestrone, known in Italy as the Angel of Carditello, but was reimagined as a unique docu-fantasy hybrid told from a perspective of a buffalo Sarchiapone (voiced by Elio Germano), after poor Cestrone's death of a heart-attack during the filming.

In the rearranged story, the aforementioned animal is taken on a long journey and by none other than Pulcinella who is tasked with honoring Tommaso's last wish. As soon as you see this classical commedia dell'arte character and his brethren playing cards for green beans (!), you realize that you're in for something different, if not special. Meandering in its nature and yet quite eloquent, especially in the breathtaking imagery, this piece of cinematic peculiarity is reminiscent of Bresson's Au hasard Balthazar and almost as equally poignant as that B&W masterpiece.

Marcello is concerned with a dichotomy of cruelty and kindness / life and death, whereby he deals with time's transience and reflects upon the notion of a soul as not exclusively human. The straightforwardness of his message is by no means a fatal flaw, given that it comes from a sentimental buffalo on his way to the abattoir.

For the most of its running time, Lost and Beautiful perfectly embodies its title - shot on expired 16mm stock which wonderfully matches the beauty of derelict vistas it looks like it belongs to a long-forgotten era. The film has a certain je ne sais qoi, whereas its naturalness stems from the ingenuous performances of non-professionals entrusted with the majority of roles. 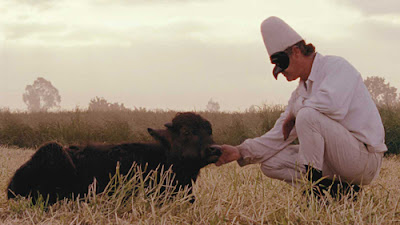