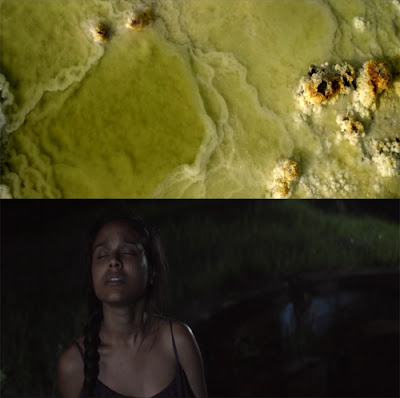 Prior to high-fiving the Universe, both literally and metaphorically, the Spanish-born director Miguel Llansó takes us on a surreal adventure across the post-apocalyptic landscapes of Ethiopia. As his unlikely hero Candy (Daniel Tadesse) attempts to find a way to board a mysterious hovering spaceship, we are treated to one of the most deliciously absurd cinematic experiences.

In the world where human race has significantly decreased and mass production, globalism and consumerism have taken their toll, Candy lives with his pregnant darling Birdy (Selam Tesfayie) in an abandoned bowling alley. They worship and pray to Michael Jordan in a small shrine decorated with artificial flowers and keep a low profile from Nazi (who probably doesn't even know the meaning of the word) and other human scavengers. After Candy sees something (actually, someone, as we later find out) through the hole of a ball machine, he decides to visit the Witch (Shitaye Abraha) and ask her for advice... or rather, divination. Armed with a toy sword (a replacement for the previously lost Ninja Turtle talisman), the protagonist starts his bizarre journey. 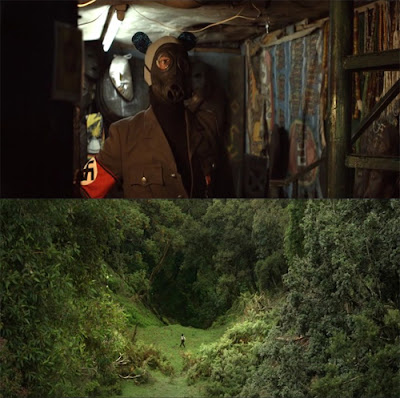 Only sixty-something minutes long, Crumbs compensates its simple plot and archetypal characters with idiosyncrasies which seem like emerging from the Afrofuturistic dreams of Alejandro Jodorovsky, Terry Gilliam, David Lynch and Llansó's compatriot Sergio Caballero. A prominent use of pop-cultural artifacts as the objects of great spiritual and historical value plays a big part in this sardonic, mythopoeic and self-ironic satire on idolatry and human stupidity. The ultimate stage in the downfall of ill-informed mankind is portrayed as a low key sci-fi film - simultaneously sad, funny, bold, weird, even philosophical in its irreverence.

The author's twisted sense of humor is complemented by the naïve, yet committed performance of the non-professional cast who contribute a lot to the feature's unique charm. Their "playground" is reminiscent of the Zone from Tarkovsky's Stalker with dilapidated objects scattered around sulphurous wastelands and lush, dense greenery that points at the Earth's recovery from its sparse inhabitants. Also memorable are the beautiful wide-screen cinematography (kudos to Israel Seoane) and the brooding ambient score by Atomizador, in an almost seamless synthesis. 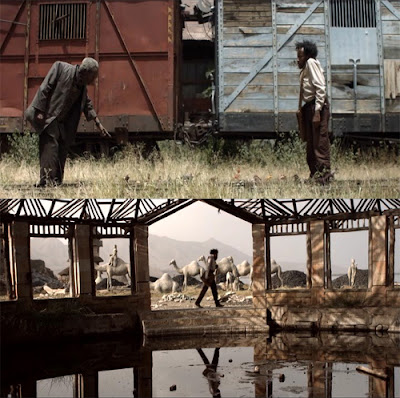