In 2015. five indie directors were tasked with envisioning and adopting each other's dreams for the screen. The result of their experimentation is wildly varied, but consistent omnibus exploring the hypnotic nature of cinema, while addressing the issues of modern (American) society.

A segment titled All Hypnosis is Self-Hypnosis, in which hypnotist Daniel Ryan puts you and his subjects (i.e. the filmmakers) in trance, serves as an introductory frame for the quintet's idiosyncratic shorts. What follows is Maya Edelman's hyper-stylized animated sequence that hints at what awaits us around the corner. 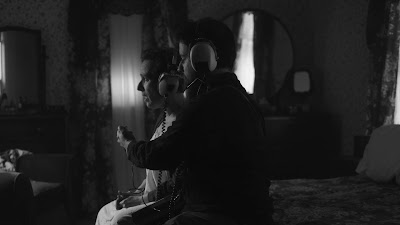 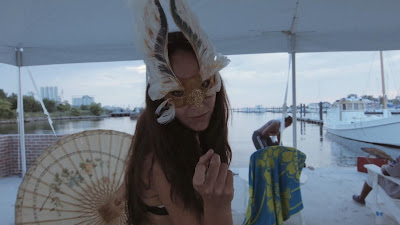 Josephine Decker's gaga First Day Out visualizes Lily Baldwin's dream and it feels as if Marina Abramović, possessed by the restless spirit of Pina Bausch, directed a dada-hip-hop video. Underscored by real-life convicts' testimonies, it features twisted performative dance acts at various locations and a cardboard car being set on fire, while dealing with the troubles of ex-prisoners' resocialization. Its atmosphere brims with bitter irony. 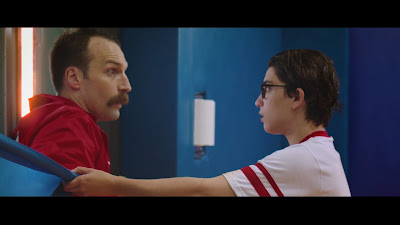 Challenging gender stereotypes and mocking in the face of tyranny is a pre-apocalyptic farce Beemus, It’ll End in Tears from the unconscious mind of Frances Bodomo and helmed by Lauren Wolkstein. This primary colored gym class nightmare positions an autocratic teacher Beemus, brilliantly overacted by Will Blomker, and a transgender student, played by singer-songwriter and LGBT activist Ryan Cassata, as opponents in the battle of wit and strength. Once the decisive moment arrives (and the volcano erupts), loud words are transformed into tears, as the title suggests, revealing the ruling powers hypocricy. 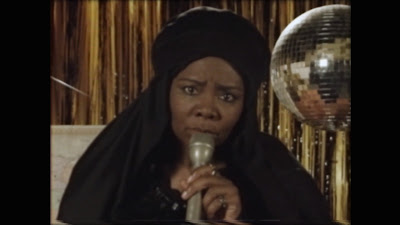 Next in line is a black comedy Everybody Dies! by Frances Bodomo, from the REM state of Josephine Decker, concerning the high mortality rate amongst African-American youth. The focal point of this vignette is a glossy & gruesome low budget public access TV show for black kids, hosted by Ripa the Reaper (Tonya Pinkins, disturbingly funny). (The white children, who accidentally stumble upon the set, are supposed to look for "the third door down on the left - there's cookies in there.") VHS aesthetic of Bodomo's sardonic sequence adds up to a distressing message, making the cover of Twinkle, Twinkle, Little Star sound even more cheerfully dismal. 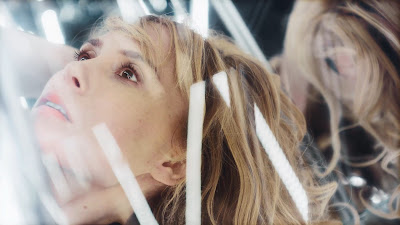 And the (second) best for last is Swallowed, Lily Baldwin's love letter to Polanski and Żuławski, starring her as a mother who faces postnatal depression mirrored in utter disgust towards breastfeeding. Inspired by Carbone, who's the only male in the company, this irreverent feminist extravaganza borrows manacing neighbours from Rosemary's Baby and subway scene madness from Possession, marrying them with spasmatic modern dance act, representing the crumbling of the heroine's psyche. Featuring top-notch cinematography, sloppy milk drinking and irrational CGI epilogue, it is the most surreal part of the anthology.

As a whole, Collective: Unconscious can be considered quite successful, so if you're in the mood for something diverse and of course dreamlike, look no further. You can watch it on YouTube.
Објавио Nikola Gocić у 11:29 PM