Borrowing its title from Buddy Holly's mushy song of the same name, True Love Ways marries artsploitation to rape & revenge subgenre, as it explores the darkest parts of psychosexual area. What at first seems like a slowburning romantic drama (of the cynical kind) evolves into a suspense thriller triggered by a Faustian bargain. 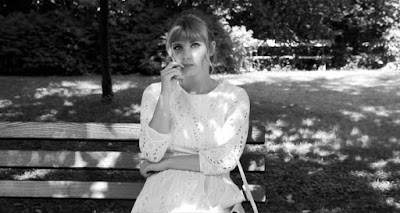 The film recounts the story of Séverine (Anna Hausburg) who - enticed by a recurring dream of a handsome stranger - decides to take a break from her current relationship. Her lovelorn boyfriend Tom (Kai Michael Müller), refuses to let her go, so he makes a bizarre deal with a silver-tongued man (David C. Bunners) he meets at a bar. She will be "fake" kidnapped and he will come to the rescue as a knight in shining armor (or Tarzan, in the words of a mysterious offeror). However, Tom doesn't know the true intentions of his "new friend" and Séverine gets pulled into a snuff-nightmare she will wake up from utterly transformed. 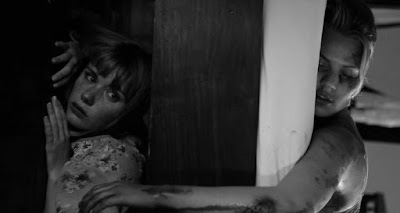 Subtly suggesting that something is weirdly off right from the start, the Swiss-born German director Mathieu Seiler gradually deciphers most of the riddles thrown in the midst of the young couple's love crisis, only to end the feverishly oneiric and tightly controlled narrative on an obscure (Stockholm syndrome?) note. Dealing with the themes of mind-clouding infatuation, fatal coincidences, human depravity and, above all, easily corrupted innocence, he relies on implicitness rather than explicitness, which doesn't mean he shies away from depicting the violence. In one particular scene, blood and vomit are mixed up in a darkly humorous, gorgeously disgusting way. 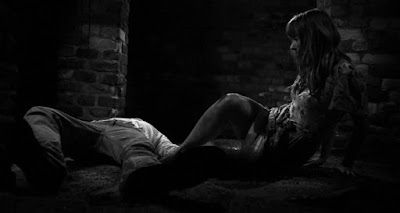 Heavily influenced by Hitchcock, Polanski, Lynch and, probably, Buñuel (given the protagonist's name), Seiler delivers something that looks like a twisted Nouvelle Vague film directed by Géla Babluani (13 Tzameti). But still, there's enough originality, peculiarity and reinventing here to keep you interested - not to mention the stark B&W cinematography, fittingly haunting score, meticulous set design and Hausburg's magnetic portrayal of a belle de jour in distress... and later, wielding axe. 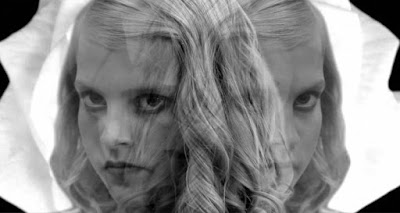