According to various eschatological beliefs and some pseudoscientific scenarios, 2012 was supposed to be the year our world ended. For the Iranian born, Dublin-based helmer Rouzbeh Rashidi, it was the year in which he made nine features (believe it or not!), including the one that will be (attempted to be) reviewed hereinafter.

Shot on VHS camcorder and postproduced on Final Cut Pro software, Indwell Extinction of Hawks in Remoteness is (along with Scott Barley's The Ethereal Melancholy of Seeing Horses in the Cold) one of the strongest contenders for the most strangely beautiful title ever given to a piece of cinematic art. Simultaneously kooky, intimate, elliptical, unreserved and wildly irreverent as far as the canons are concerned, it is a master class in experimental filmmaking.

Opening and closing with glitchy shots of a young man draped in deep shadows, this hour-long, decidedly non-narrative anti-drama (for lack of a better definition) adopts the stream of (sub)consciousness structure and appears as both hermetic and explicit. Through the peculiar blend of memory-fueled, slice-of-life 'antics', abstract, psychedelic phantasy and absurd comedy of sorts, it renders the most mundane of actions and objects as mind-boggling puzzles. Not to mention that it stubbornly defies rationalization.

Rashidi operates as a cheeky, genial hypnotist who opens a window into his soul and then pushes you down the rabbit hole to the land of fading dreams. Although his 'protagonists' are human, they occasionally become alien in the interplay of light and darkness, as if he shows the non-sequitur happenings from the perspective of a mysterious force.

Visuals-wise, Indwell Extinction... harkens back to the era of silent and surreal films, yet it feels progressive, and not only because of sudden porn-video intrusions. Grainy, ethereal, often elusive imagery (which could cause seizures for people with photosensitive epilepsy) is finely complemented by the soft crackling noise, as well as by the soothing sound of rain and distant thunder...

(Available at Vimeo on Demand.) 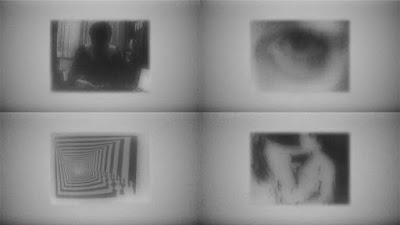